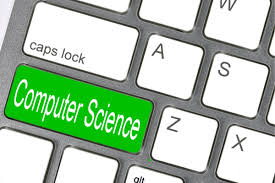 The Nature of Computers and Computation

Summary: (Sketch -- this project will be thoroughly described in a handout) Write a program which downloads the most recent MTA turnstyle data from http://web.mta.info/developers/turnstile.html and displays the name of the subway station with the most turnstyle entrances and exits in the previous 24 hours.   Due: 2 Weeks

Humanistic aspect: Discussion of the concept of an algorithm, which is a fixed procedure for accomplishing a goal. Give examples of algorithms taken from real life (e.g. taking the subway) as well as mathematics. Students already know many algorithms -- multiplication, division, etc. on which they can reflect. Some mention of a Turing machine could be made very informally. Describe the concept of a stored program computer which can manipulate its own memory, and how it embodies universal computation.