NYPD - Historical and Current Research: Images and Films of the NYPD

This is a guide mainly focusing on the history of the NYPD, but modern sources are covered too. By Ellen Belcher

We have recently digitized some of our police related special collections, try searching Police and New York in our Digital Collections. 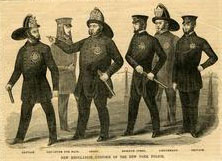 Woodcut illustrating the first NYPD uniforms in 1854.Detail from this image digitized from the Riccio Collection 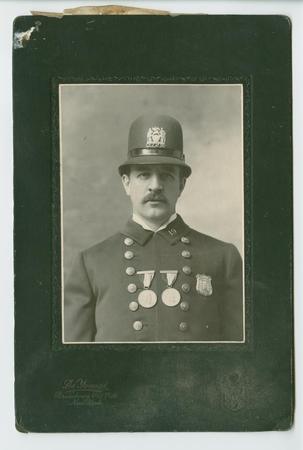 Search for Images and Video

Other Sources for NYPD Photos

The Library of Congress Prints and Photographs division has digitized images from the NY World Telegraph & Sun Newspaper which includes many photos of police, including mugshots.Their American Memory Project also has image and other resources on police, including a film of a Police Parade from 1899.

The NYC Municipal Archives has digitized some images of Crime and Criminals, which include NYPD mug-shots. There are also over thousands of images found in the search "New York AND Police" in their online gallery.

The Brooklyn Public Library has digitized the photographs collected by the Brooklyn Daily Eagle, which are searchable together with their other historic photographs here.