Bonaparte Before the Sphinx by Jean-Leon Gerome

Egypt has had one of the oldest, in fact perhaps the oldest civilization on Earth. The story of Ancient Egypt is so long that they went through several dynasties and kingdoms, years of war, conquest, and being conquered, long before we even get to the period of the ancient Greeks. Egypt pioneered many skills including stone harvesting and construction, medicine, irrigation, ships, art, architecture, and literature. However once we reach the period of the Greeks and Romans, Egypt became an area to conquer and attach to other empires. The Assyrians, Persians, Alexander The Great, and finally Rome all made Egypt into a province of their respective empires.

Canaan and the Israelites 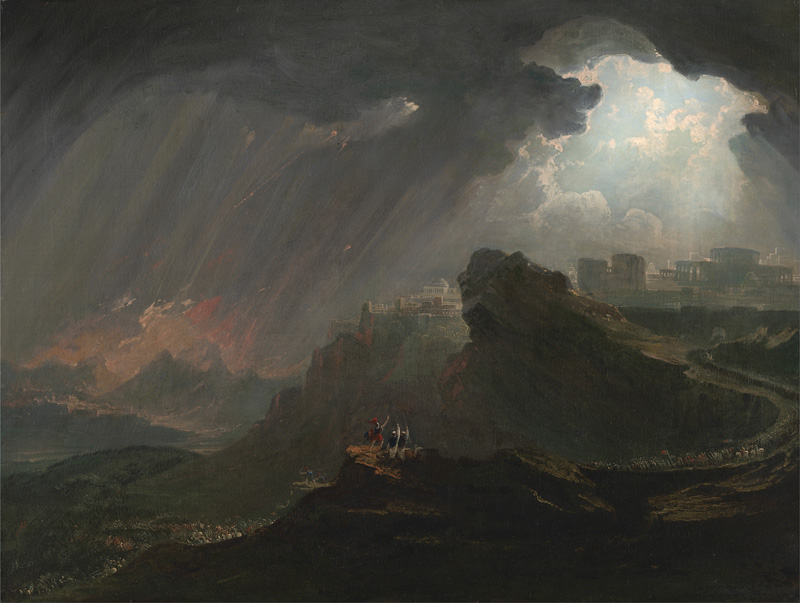 Joshua Commanding the Sun to Stand Still by John Martin

What is today known as Israel or the Holy Land was in ancient times called Canaan. The land of Canaan was split into city states that were sometimes independent and sometimes conquered by the surrounding powers, particularly Egypt.

According to the Biblical narrative, the Israelites under the command of Joshua entered Canaan after wandering in the desert for forty years following the Exodus from Egypt and conquered the country. Afterwards there were periods of back and forth conquest between the Israelites, the Canaanites, and the Philistines (Greek sea people who settled on the coast). Eventually the land was unified under the Davidic Kings of the Israelites and then split into two sister kingdoms, Israel and Judah. Israel was conquered by Assyria which dispersed its population, creating the legend of the Ten Lost Tribes. A century later, the Babylonians conquered the sister Kingdom of Judah and sent its population into exile.

The archaeological evidence suggests a slightly different story than the biblical narrative presents. It suggests that instead of a swift conquest of Canaan by the Israelites, there was a slow "infiltration" of population that lived side by side and eventually assimilated some elements of Canaanite culture. This is one among many other theories that are in dispute as more and more archaeological excavation is done.

The major development of the Israelites in this period and up to the Roman Empire and rise of Christianity was the development of Judaism and of monotheism, the belief in one god rather than the polytheism of all the surrounding peoples who worshipped many gods.

Religion and the Near East 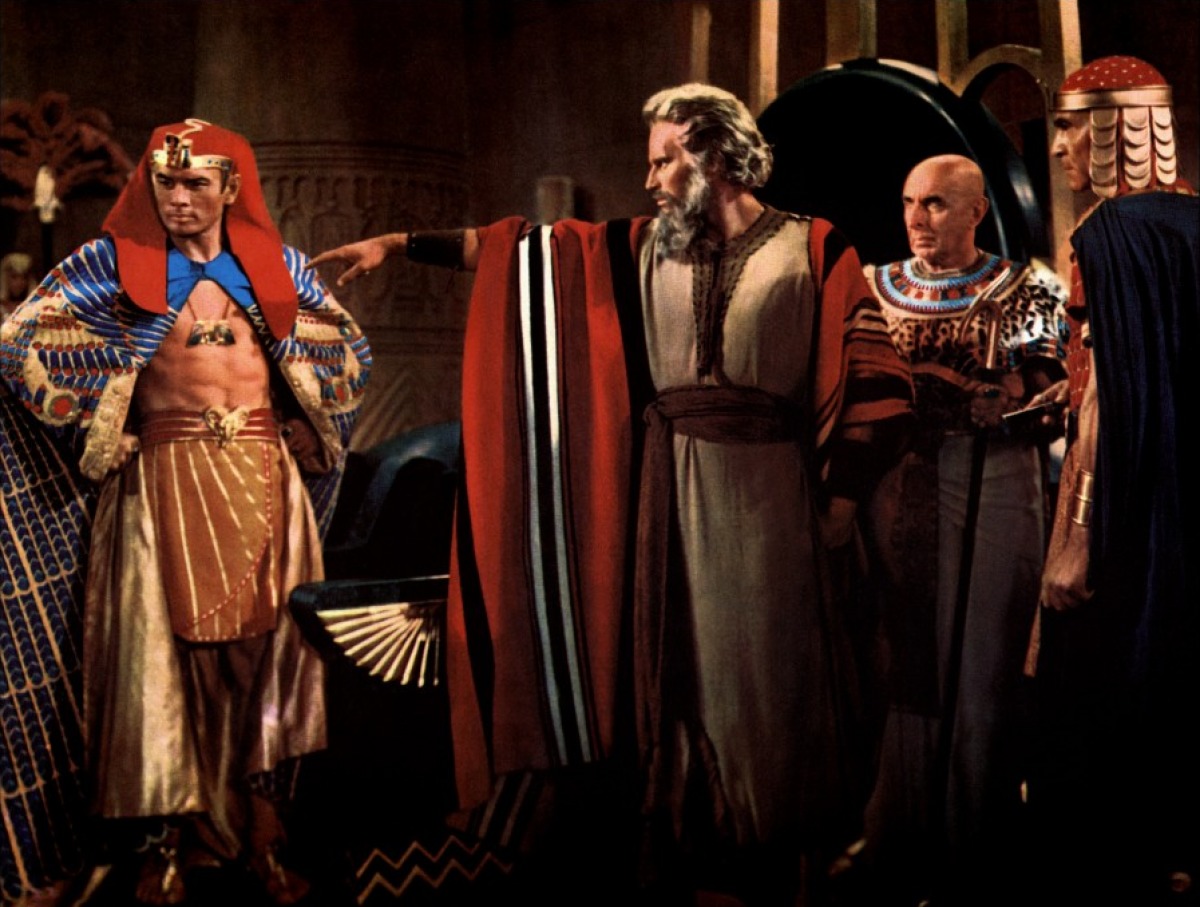 The ancient near east was roughly made up of Kingdoms in Mesopotamia (Sumer, Assyria, then Babylon), Ancient Egypt, and the Kingdoms in the Levant (roughly the area between them which is today Israel and Lebanon but then was Canaan, Israel, Judea, and Phoenicia). The religions of the various kingdoms were all polytheistic (believing in many gods) with the exception of the Israelites who were monotheistic (believing in one god). What we know today as Babylonian and Egyptian mythology was once the bulk of their religious traditions. The Canaanites and Phoenicians tended to worship Baal who is mostly mentioned in the Hebrew Bible. And the religion of the Israelites became what we know today as Judaism. 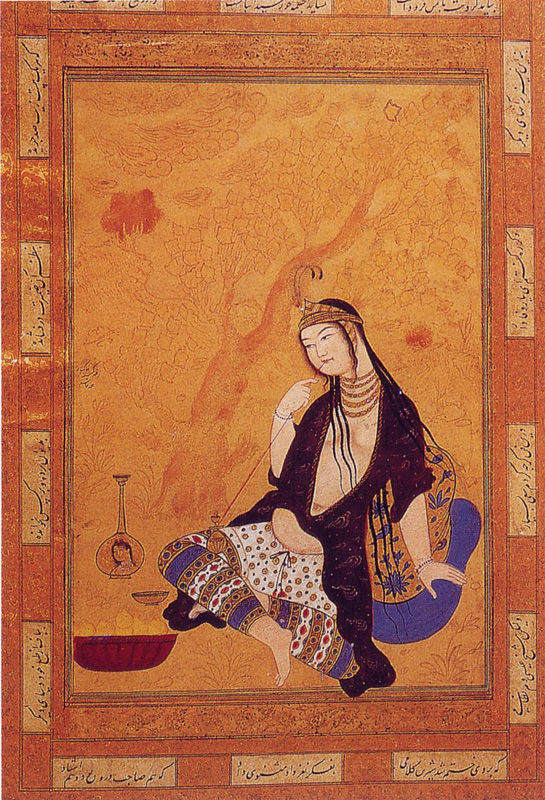 Persia was one of the great powers of the ancient world, who in its rise to power overran both Babylonia and Egypt. However Persian expansion was stopped by the Greek city states who then fought off and on for fifty years until finally the Greeks decisively defeated Persia and ended the threat of conquest. Afterwards, Alexander the Great of Macedonia ended up turning the tables and conquering the Persian empire instead. 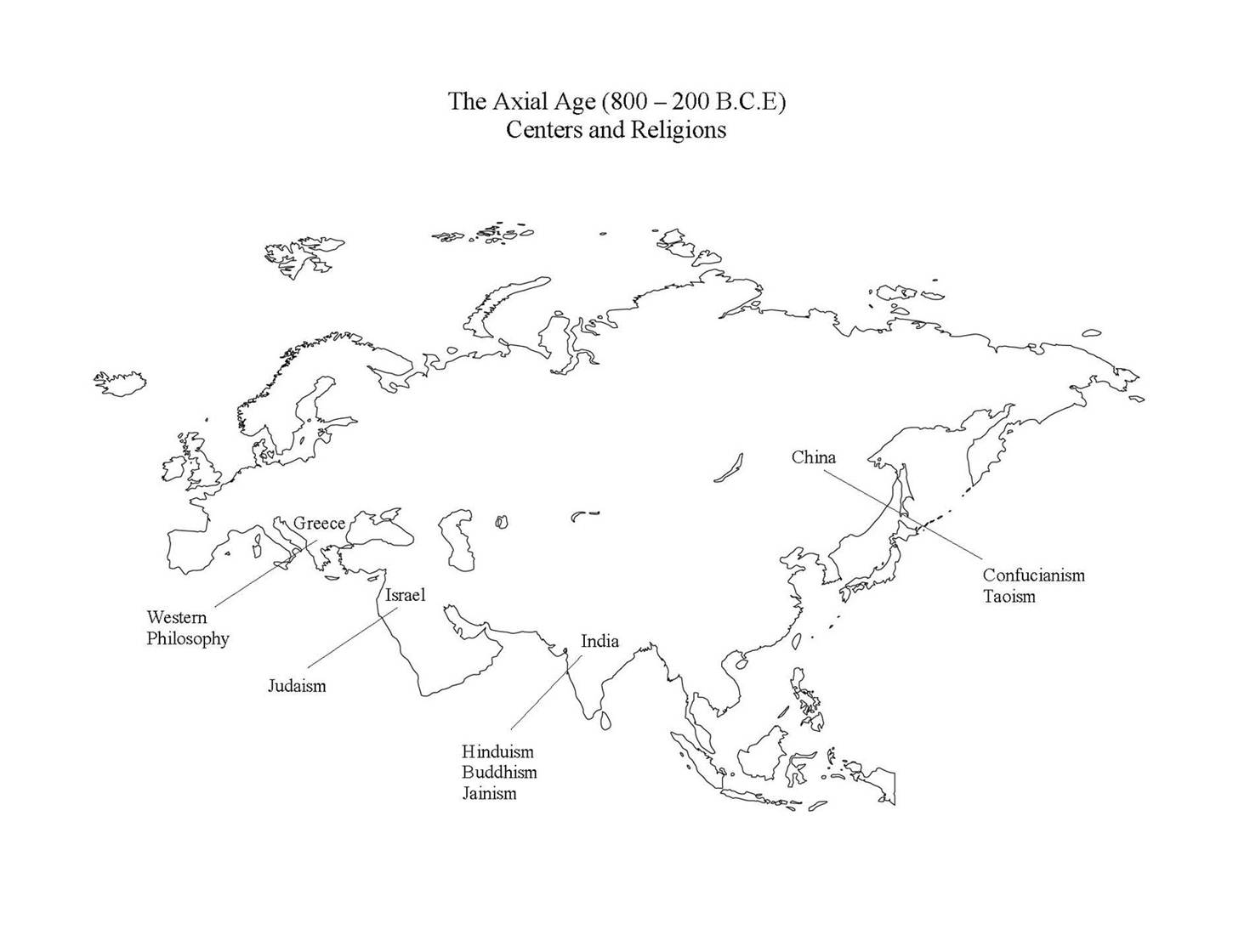 The Axial Age is a term created by the German philosopher Karl Jaspers which refers to the time period of the late Bronze age and Early Iron age, from about 800-200 B.C. when humanity had a worldwide burst of creativity that resulted in the founding of many religions and philosophies that still exist and have influence today. This included the development of philosophy in Greece, Hinduism and Buddhism in India, Confucianism and Taoism in China, and Judaism in the Middle East. 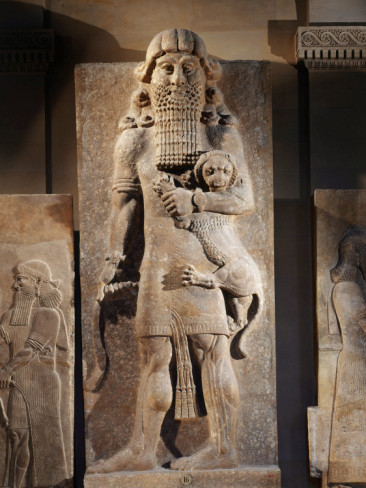 Photo of a Statue of Gilgamesh

Sumer and the later Akkadian Empire were one of the first civilizations to arise in the world, along the Eurphrates river in what is today central Iraq.

The most famous of all Sumerians and the star of their own epic story was Gilgamesh. The Epic of Gilgamesh is considered to be the first great work of literature in history. The story of the Epic of Gilgamesh is in two parts; in part one we learn of the origin of Gilgamesh, the development of his friendship with Enkidu, and their adventures together while in part two we see Gilgamesh search for the secret of immortality. 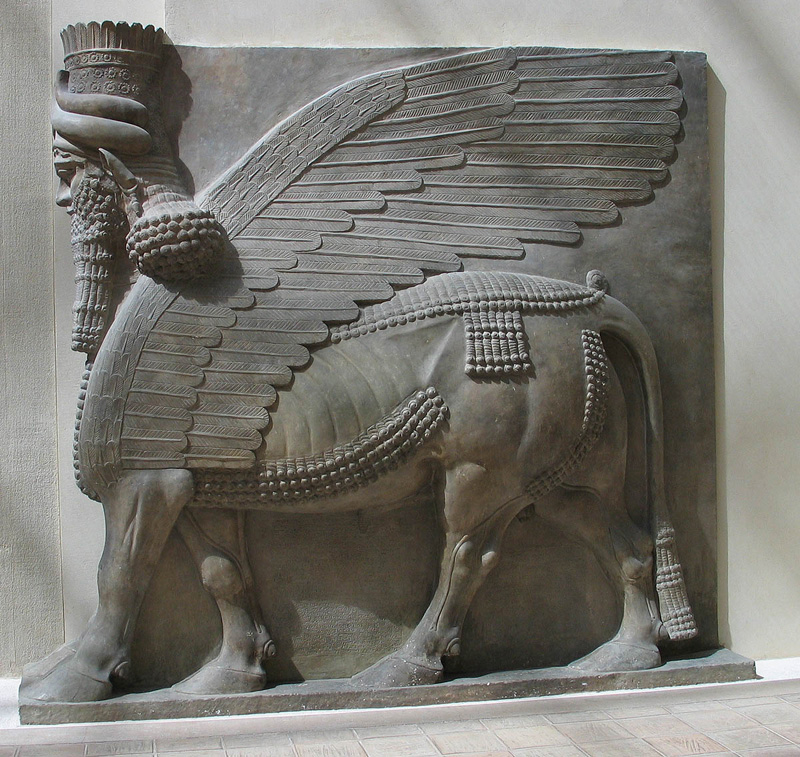 Assyria, a kingdom based from what is today known as northern Iraq, was a major power in the region for most of ancient times. It was a successor to Sumer and Akkad and was eventually conquered by Babylon. Assyria's main claim to fame among people today is that it is responsible for the conquest and destruction of the northern Kingdom of Israel and the dispersal of the Jewish tribes there giving rise to the legend of the Ten Lost Tribes of Israel. 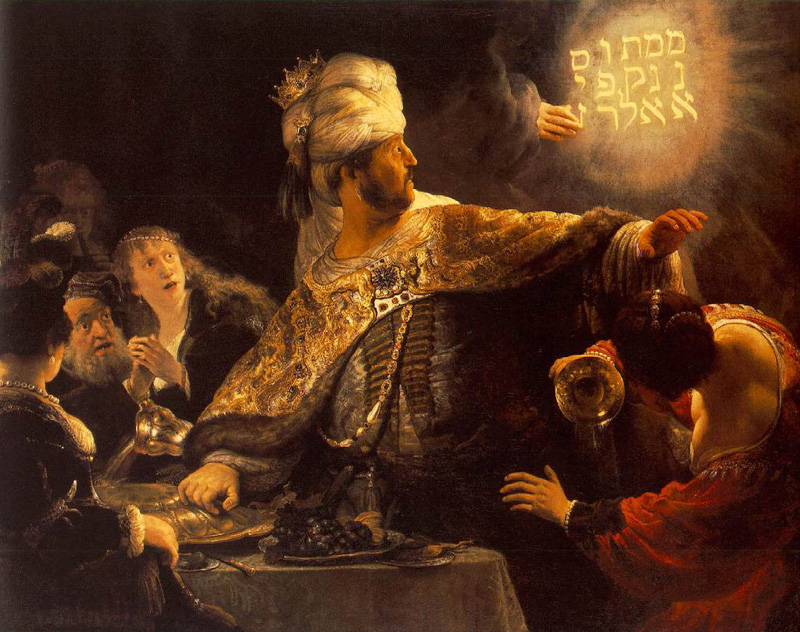 The Writing on the Wall by Rembrandt

Babylonia was a Mesopotamian empire that succeeded the Assyrian empire by overthrowing and conquering it. Its most famous King was Hammurabi who created what is known as Hammurabi's law, one of the first written codes of law in history, recorded on stone tablets. In addition to that Babylon is most famous today for its conquest of Jerusalem and destruction of the Kingdom of Judah in 586 B.C.