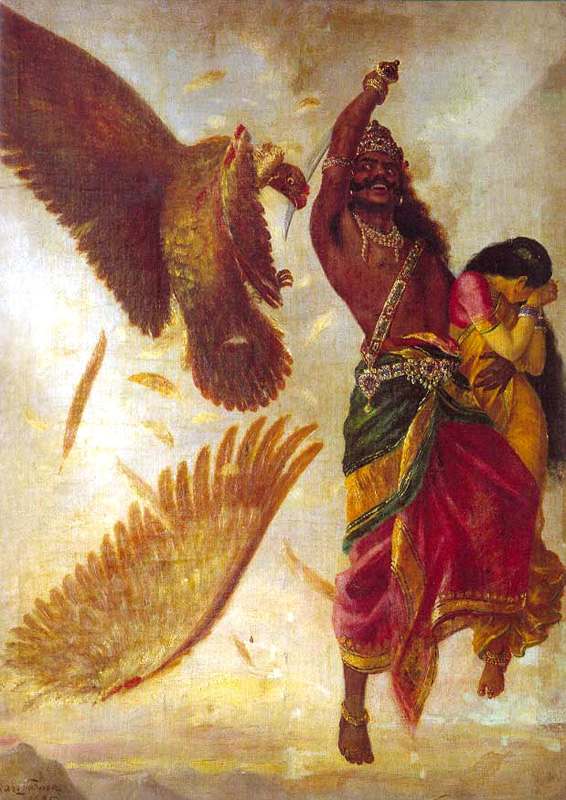 Ancient India produced three epics on the scale of the Iliad and Odyssey of Homer.

The first was call the Mahabharata. Writern by Vyasa, the Mahabharata deals with a war, the fate of men and gods, and a way of looking at life. It is the longest Indian epic poem to have survived to modern times, and is about ten times longer than both the Iliad and the Odyssey combined.

The second Indian epic is the Bhagavad Gita, which is technically a part or section of the Mahabharata. This epic is a dialogue between an Indian prince and the Indian god Krishna while traveling on a battlefield. It is a work that deals with fate, duty, and heroism.

The third Indian epic is the Ramayana. Written by Valmiki, the Ramayana is the tale of Rama (a human incarnation of the Hindu god Vishnu), his adventures, and the abduction and rescue of his wife Sita from Ravana, the King of what is today Sri Lanka. The story is ultimately about duties, rights, conduct and virtue. 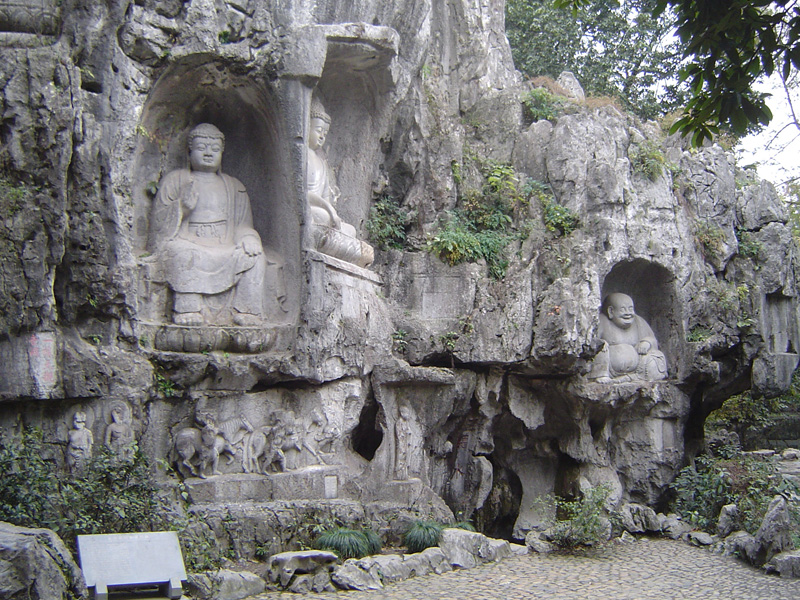 Photo of Grotto at Lingyin Temple in China

In addition to Chinese philosophies such as Confucianism and Taosim, there were several prominent religions in Asia that were founded or have their roots in the ancient world and are still practiced today.

Buddhism is a religion without a belief in any sort of god or pantheon. It is organized around the teachings of the Indian prince Siddhartha Gautama, called the "Buddha" or "Enlightened One". Among those teachings are The Four Noble Truths, Eightfold Path, and the struggle to reach Nirvana.

Hinduism is the dominant religion of India. The Hindu religion  is complex, containing a large and fluxuating pantheon of deities and traditions. Scholars consider it to be a fusion of the various different Indian cultures and traditions.

Shintoism is the native religion of Japan and is practiced by 80 percent of the Japanese population. Shinto today is a religion devoted to the worship of a pantheon of gods and spirits focused in shrines all over Japan. 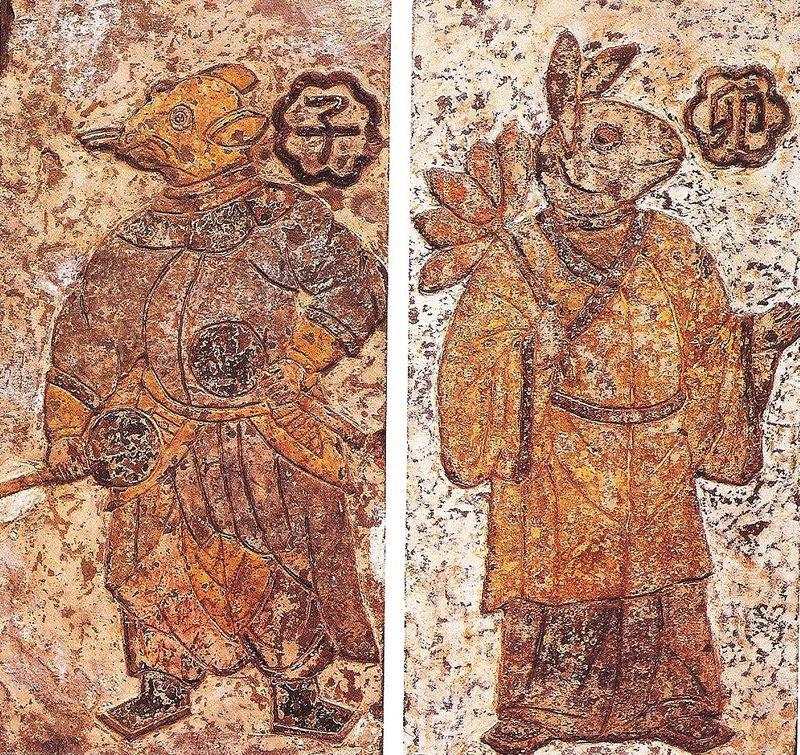 The history of Ancient China is of several dynasties followed by a time known as the "Warring States" period and eventually ending in the Qin Dynasty from which the western name for China is derived. Intellectually the period was known as the "Hundred Schools of Thought", when several famous philosophies were formulated and refined,  including Confucianism, Taoism and Legalism among others.

Confucianism, founded by Confucius was a body of philosophy that emphasised virtue, ethics, and family as the ideal human structure. Every person is supposed to have a specific relationship in society with the highest form of social position being a "gentleman".

Taoism, founded by Lao Tzu, was a body of thought that believes that the ultimate way to achieve peace, harmony, and enlightenment is for people to become aligned with the natural rhythm of the universe known as the Tao. Unlike Confucianism, which was a more rigid system intended to create an ordered and enlightened society and particularly government structure, Taoism was more free-wheeling, a school of thought that dealt with how an individual could adapt himself to the natural "flow" or Tao of the universe.

Legalism, founded by many scholars, was a philosophical system that maintained that humans are basically bad and can only be controlled with strict rules from a strong and central government. In later dynasties, legalist thought and Confucianism were usually mingled together by the various governments. 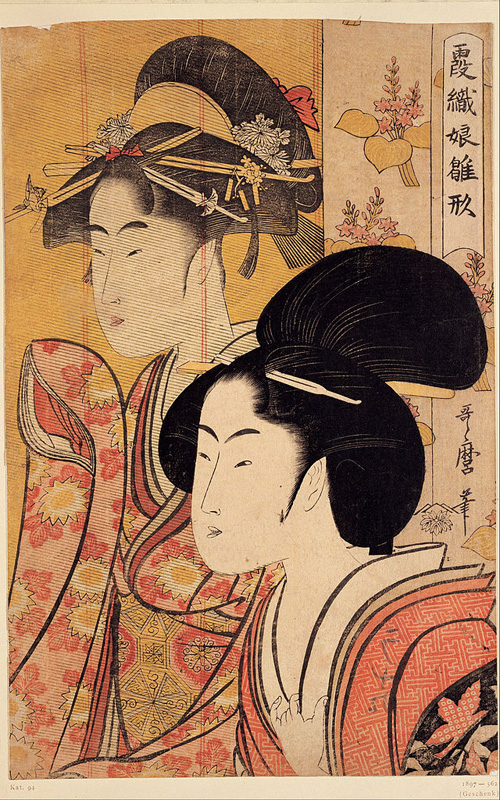 The classical era in ancient Japan was known as the Yayoi period, roughly from 300 B.C. to 300 A.D., a time of developments in pottery, farming, and metallury. Most of what is known about this period in Japanese history comes from archaeology done in the Yayoi neighborhood in Tokyo (which is where the name of the period comes from) and from the records of Chinese travelers kept at the time.