History: The Holocaust: Holocaust Revisionism and the Fight for History 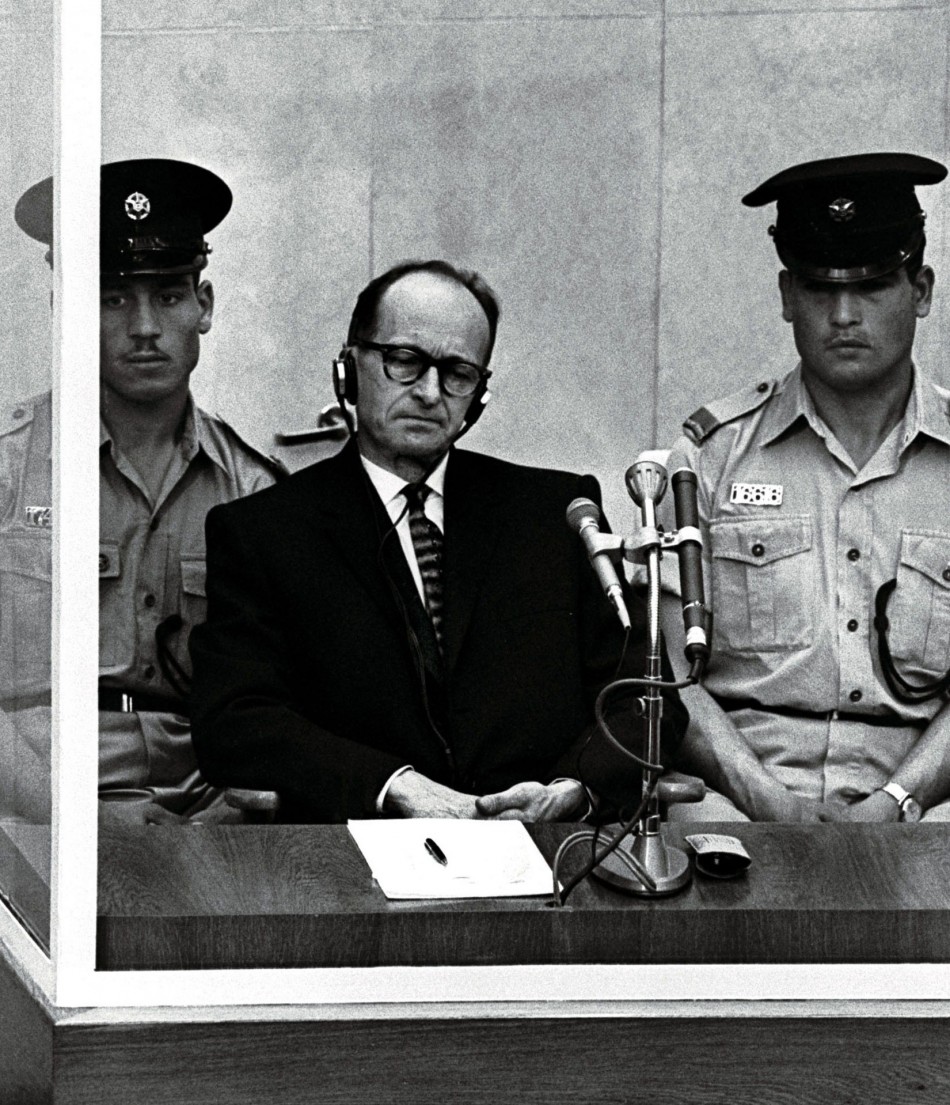 After World War II, Nazi war criminal Adolf Eichmann fled from Germany to Argentina where he lived under the name Ricardo Klement. In May 1960, Israeli Security Service agents seized Eichmann in Argentina and took him to Jerusalem for trial in an Israeli court for his crimes against the Jewish people and crimes against humanity.

The charges against Eichmann were numerous. Eichmann coordinated deportations of Jews from Germany and elsewhere in western, southern, and northern Europe to killing centers, making deportation plans down to the last detail. Working with other German agencies, he determined how the property of deported Jews would be seized and made certain that his office would benefit from the confiscated assets. Eichmann was also charged with membership in criminal organizations—the Storm Troopers (SA), Security Service (SD), and Gestapo (all of which had been declared criminal organizations at the 1946 Nuremberg Trial). For those and other charges, Eichmann was found guilty and sentenced to death. On June 1, 1962, Eichmann was executed by hanging. His body was cremated and the ashes were spread at sea, beyond Israel's territorial waters. The execution of Adolf Eichmann remains the only time that Israel has enacted a death sentence.

The Eichmann trial aroused international interest, bringing Nazi atrocities to the forefront of world news. Testimonies of Holocaust survivors, especially those of ghetto fighters such as Zivia Lubetkin, generated interest in Jewish resistance. The trial prompted a new openness in Israel; many Holocaust survivors felt able to share their experiences as the country confronted this traumatic chapter.

Eichmann in My Hands 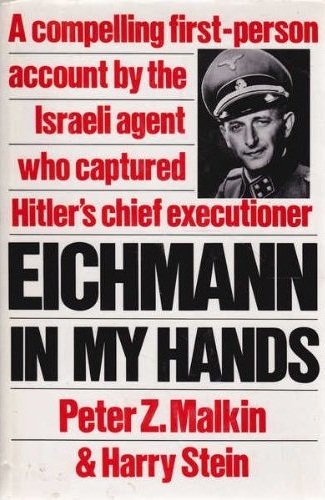 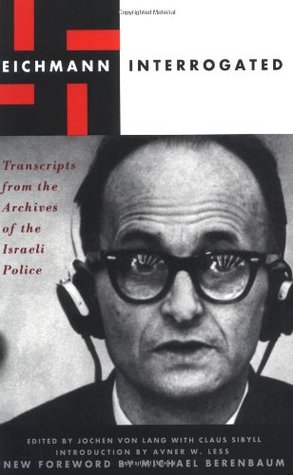 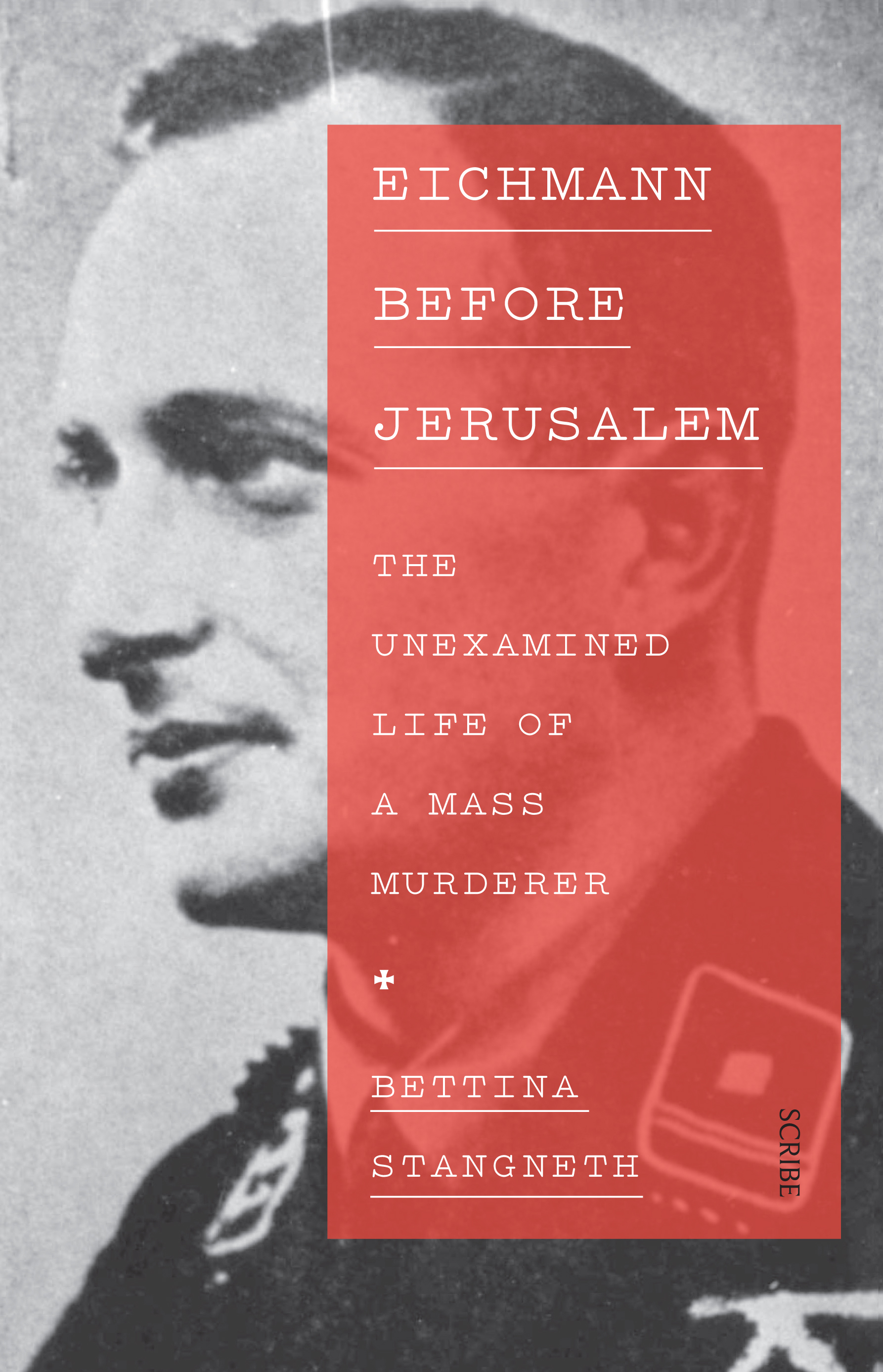 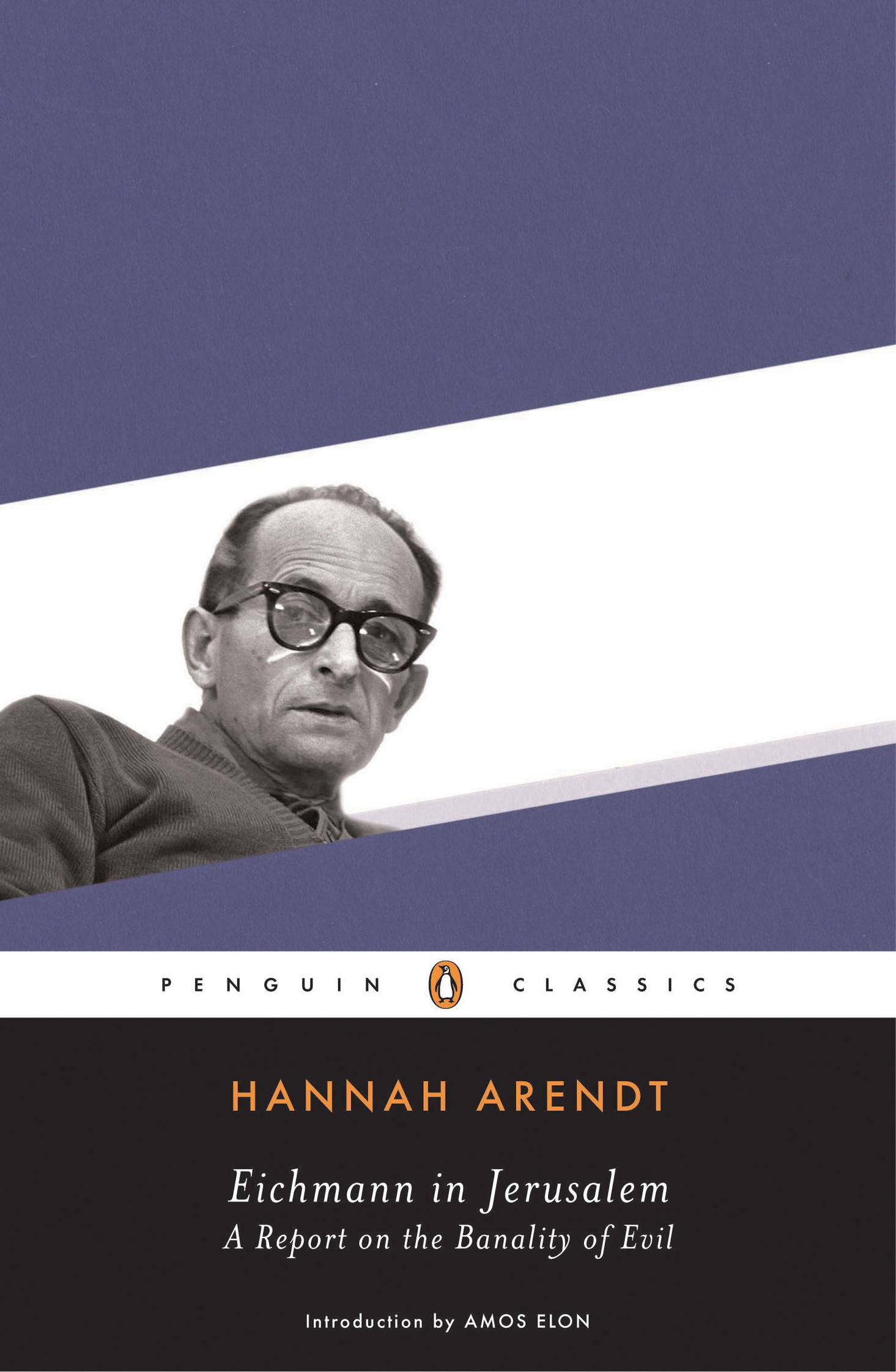 Holocaust denial is an attempt to negate the established facts of the Nazi genocide of European Jewry. Key denial assertions are: that the murder of approximately six million Jews during World War II never occurred; that the Nazis had no official policy or intention to exterminate the Jews; and that the poison gas chambers in Auschwitz-Birkenau death camp never existed. A newer trend is the distortion of the facts of the Holocaust. Common distortions include, for example, assertions that: the figure of six million Jewish deaths is an exaggeration; the deaths in the concentration camps were the results of disease or starvation but not policy; and that the diary of Anne Frank is a forgery.

The Holocaust is one of the most well-documented events in history. Holocaust denial and distortion are generally motivated by hatred of Jews, and build on the claim that the Holocaust was invented or exaggerated by Jews as part of a plot to advance Jewish interests. This view perpetuates long-standing antisemitic stereotypes by accusing Jews of conspiracy and world domination.

Why do people deny, distort, or misuse the Holocaust?

Like all forms of propaganda, Holocaust denial, distortion, and misuse are strategies to achieve objectives, including:

USHMM The Origins of Holocaust Denial

How do I recognize Holocaust denial and distortion?

Holocaust denial and distortion are motivated by agendas that are neither about the Holocaust nor about greater understanding of a documented historical event. Some Holocaust deniers, so-called “revisionists,” claim to be authentic scholars, when instead they manipulate facts to support a particular ideological position. Hiding their antisemitic intent under the guise of free speech, they claim to offer an alternate version of Holocaust history.

To evaluate if a claim falls within the spectrum of Holocaust denial and distortion, consider the following:

Is it illegal to deny the Holocaust?

The United States Constitution ensures freedom of speech. Therefore, in the United States denying the Holocaust or engaging in antisemitic hate speech is not illegal, except when there is an imminent threat of violence. Many other countries, particularly in Europe where the Holocaust occurred, have laws criminalizing Holocaust denial and hate speech. These different legal frameworks impede a comprehensive global approach to combating Holocaust denial.

Ephraim Kaye, Director of the International Seminars for Educators Department at the International School for Holocaust Studies in Yad Vashem, relates a strategy for confronting Holocaust denial. The video is part of the series "Insights and Perspectives from Holocaust Researchers and Historians".

Hannah Arendt and the "Banality of Evil"

Hannah Arendt was a German-Jewish philosopher and political theorist. She wrote several works on power and politics, including works on totalitarianism. Here claim to fame was an account of the Trial of Adolph Eichmann that she covered as a reporter for the New Yorker magazine in 1961. She coined the term "Banality of Evil". This term refered to her conclusion that Eichmann's actions were not due to fanatical devotion to Nazism or because he was a monster but because he was a mediocrity who unthinkingly went along with the rest of the crowd.

Her thesis and the use of the term "Banality of Evil" sparked a massive controversy that has lingered ever since. She was seen as excusing Eichmann and instead blaming the victims he helped to murder. In regards to Eichmann, the idea of his being an unthinking cog in an industrial machine with no responsibilty for his actions has been disproved time and time again by authors such as David Cesarani, Deborah Lipstadt, and Bettina Stangneth.

Israel's Holocaust Memorial Museum Yad Vashem has put video of the entire Eichmann Trial Online at its Youtube site. The trial however is not in English and has no English subtitles.

Hebrew University in Jerusalem also has video material of the Eichmann Trial available with English subtitles on Youtube courtesy of the Steven Spielberg Jewish Film Archive.

In 1993, Dr. Deborah Lipstadt wrote Denying the Holocaust: The Growing Assault on Truth and Memory to expose the lies, distortions, and political agendas that drive Holocaust denial. In the book, she discussed a number of specific Holocaust deniers including David Irving who she called a "dangerous spokesperson" for Holocaust denial. In 1996, Irving sued Dr. Lipstadt and her British publisher, Penguin Books Ltd., for libel, saying his reputation as an historian was defamed. Irving represented himself. Dr. Lipstadt was represented by barrister Richard Rampton, Q.C. and Anthony Julius and James Libson of Mishcon de Reya. The trial started on January 11, 2000 and ended on April 11, 2000.  Dr. Lipstadt and Penguin had won their case.

The trial judge found that Irving had "for his own ideological reasons persistently and deliberately misrepresented and manipulated historical evidence" in order to portray Hitler "in an unwarrantedly favourable light" particularly in his treatment of the Jews. Irving had "significantly" misrepresented, misconstrued, omitted, mistranslated, misread and applied double standards to the historical evidence in order to achieve his ideological presentation of history. He also found that Irving was an "active Holocaust denier; that he is anti-semitic and racist, and that he associates with right-wing extremists who promote neo-Nazism." 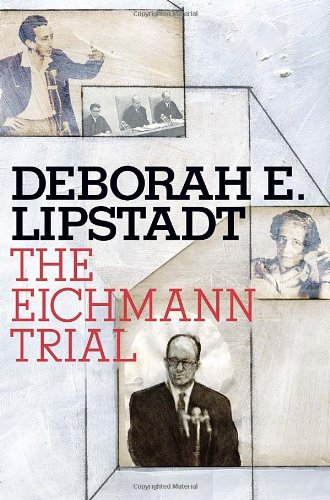 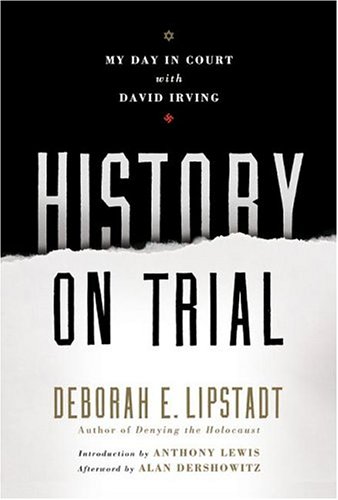 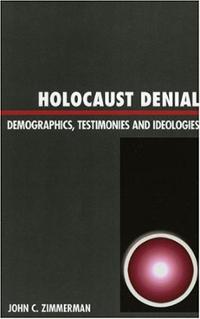 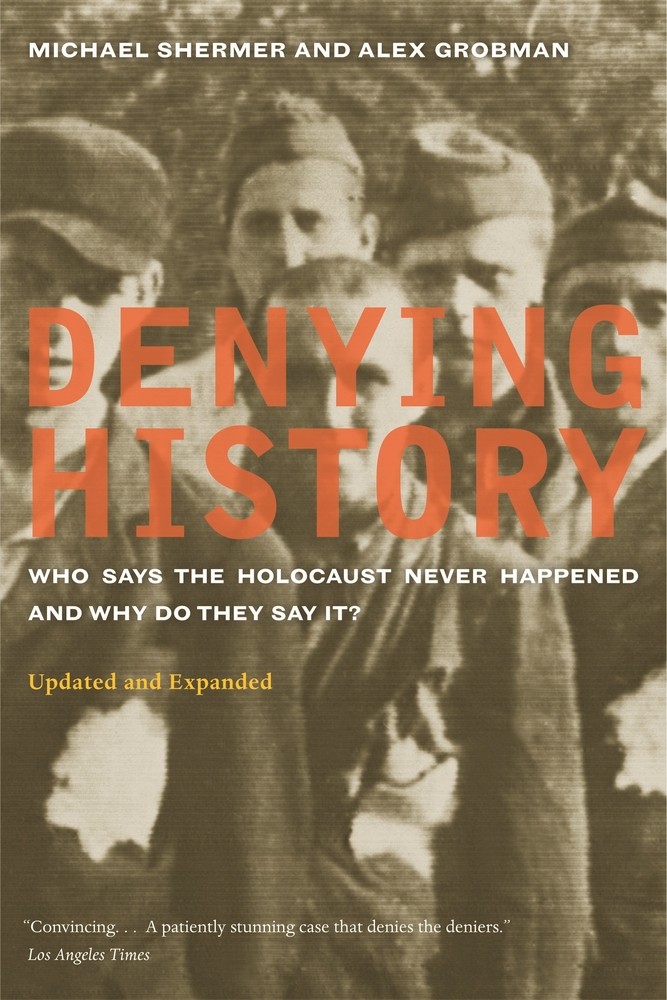 Holocaust Denial and the Law 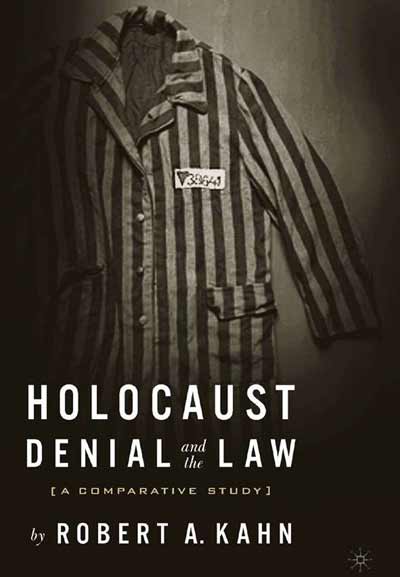