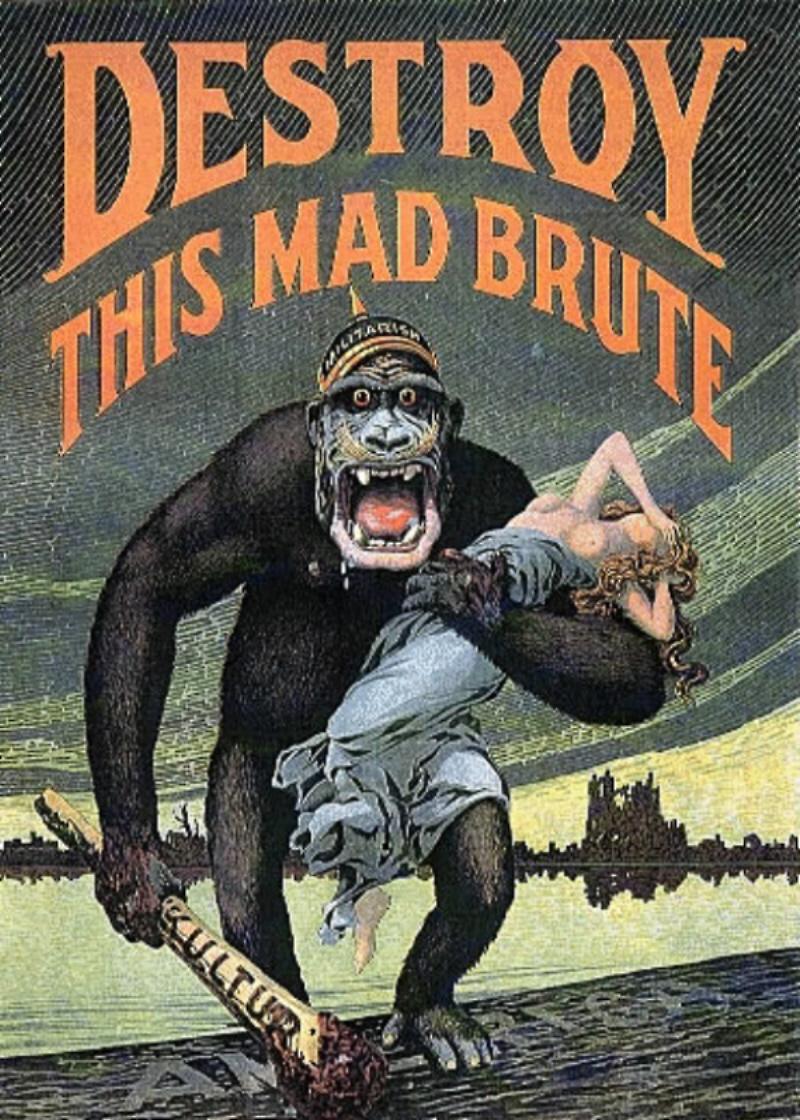 On this page you can find links to materials available on the Internet concerning World War One. 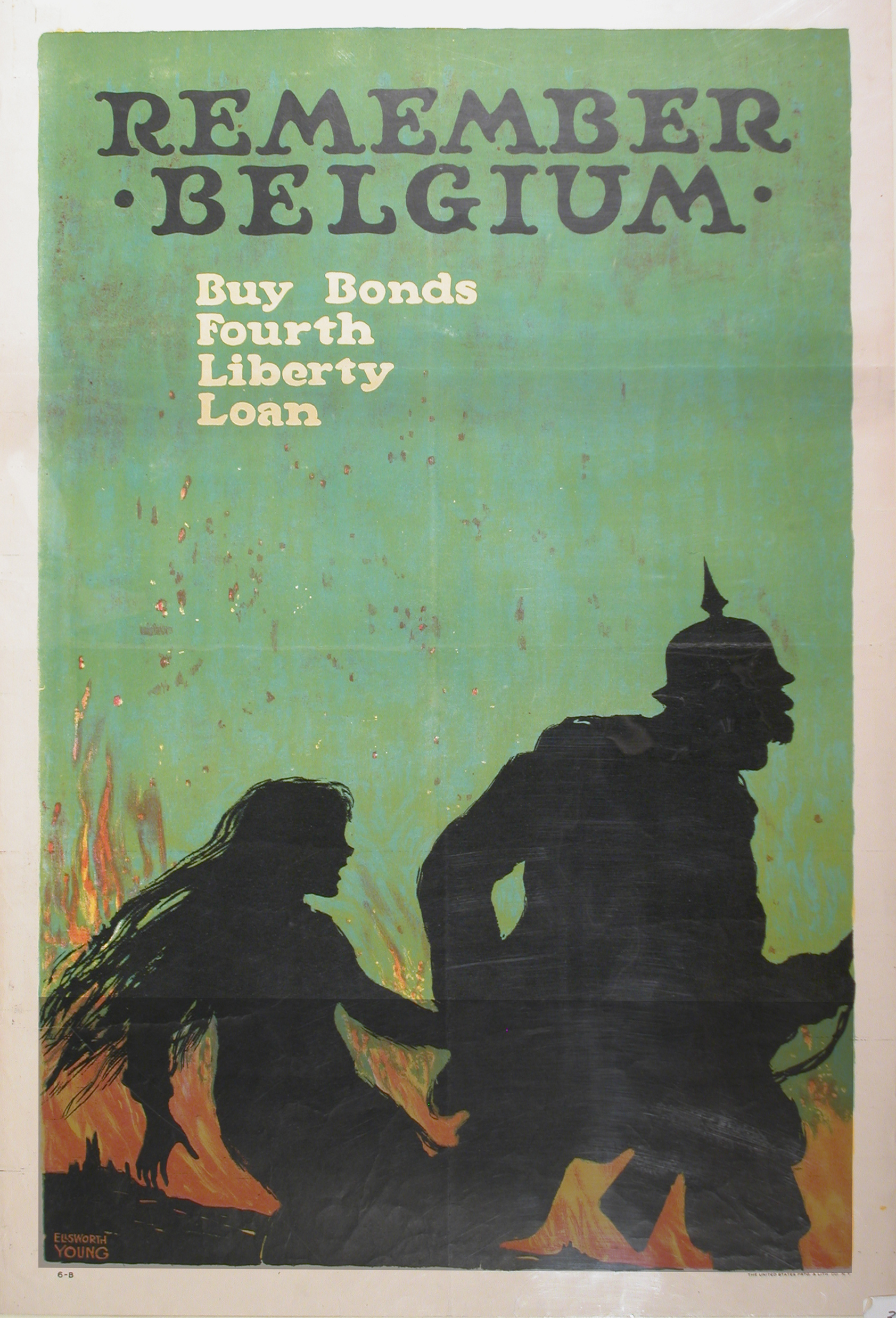 Eyewitness to World Events - World WarI
This site is a collection of primary resources relating to the buildup, fighting, and aftermath of the first World War.

LOC - Newspaper Pictorials: World War I Rotogravures
This site from the  Library of Congress is a collection of Rotogravures from World War One. Rotogravure printing, which produced richly detailed, high quality illustrations—even on inexpensive newsprint paper—was used to create vivid new pictorial sections during that era

LOC - Experiencing War (World War I: The Great War)
This site from the Library of Congress is a documentary curtousy of the Veterans History Project that provides written accounts in letters, diaries, and memoirs, as well as precious collections of photographs.

The Great War Primary Documents Archive
This archive of primary documents from the Great War period is international in focus. The intention is to preent in one location both primary and secondary documents between 1890-1930.

World War I Centenary: Continuations and Beginnings
This website is being developed by a team of experts in the field of First World War Studies, across a range of higher and heritage institutions, and across a range of disciplines. They provide articles, resources, and academic guidance to the project team in their development of the site.
The Avalon Project : Documents in Law, History and Diplomacy
The Avalon Project mounts digital documents relevant to the fields of Law, History, Economics, Politics, Diplomacy and Government.

National Archives Holdings for World War I
This is a link to World War One records in the United States National Archives.
Library of Congress: World War One in Pictures
The Library of Congress Prints & Photograph Division (P&P) has more than 76,000 pictures relating to World War I, in a wide array of formats. Most of the material was created during the war (1914-1918), but a portion deals with post-war topics such as injured veterans, pension distribution, and the aftermath in European cities.

Europeana Collections 1914-1918
Europeana Collections 1914-1918 will create by 2014 – the centenary of the outbreak of the First World War – a substantial digital collection of material from national library collections of ten libraries and other partners in eight countries that found themselves on different sides of the historic conflict.
National Archives: The First World War
This exhibition makes available an online selection of unique and richly varied source material on the First World War, set in its historical context. It provides resources for a wide variety of adult learners in the field of modern history. The exhibition draws on historical documents, film and sound available in Britain's National Archives and one of its leading museums.
The History of Veterans Day
World War I – known at the time as “The Great War” - ended with an armstice on November 11 1918 between the Allied Powers and the German Empire. It went into effect on the eleventh hour of the eleventh day of the eleventh month. This day was originally celebrated as "Armstice Day" and eventually became Veterans Day. 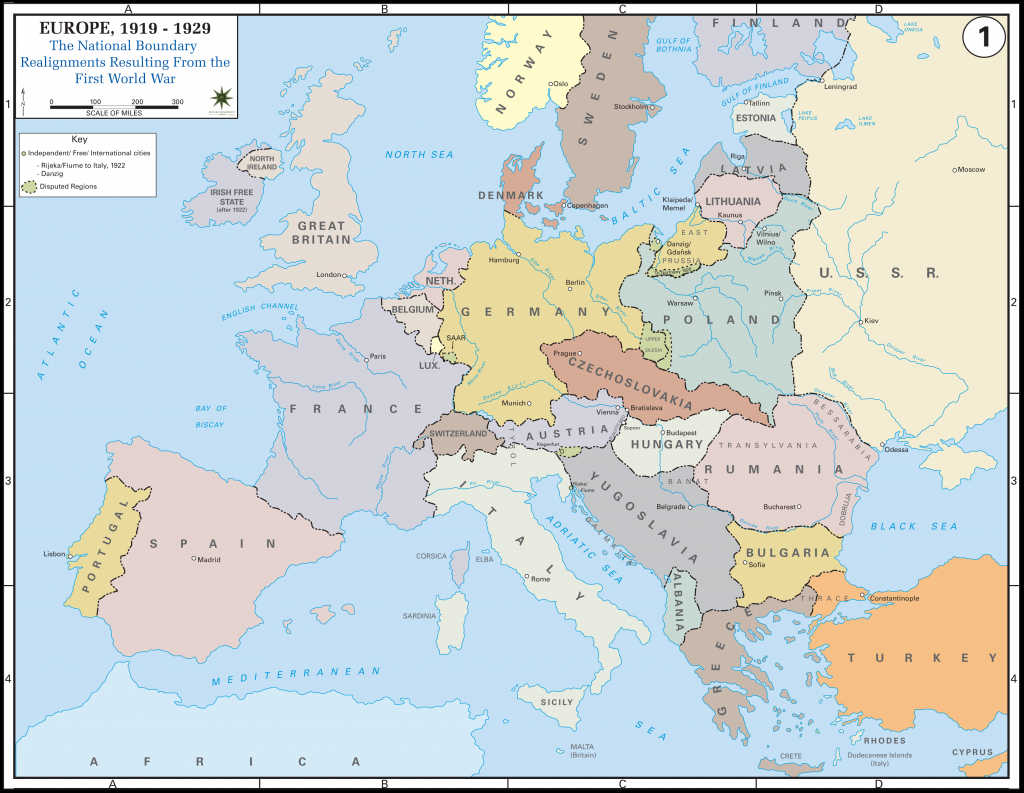 The Lloyd Sealy Library has a subject guide on the Holocaust. Click HERE to take a look! 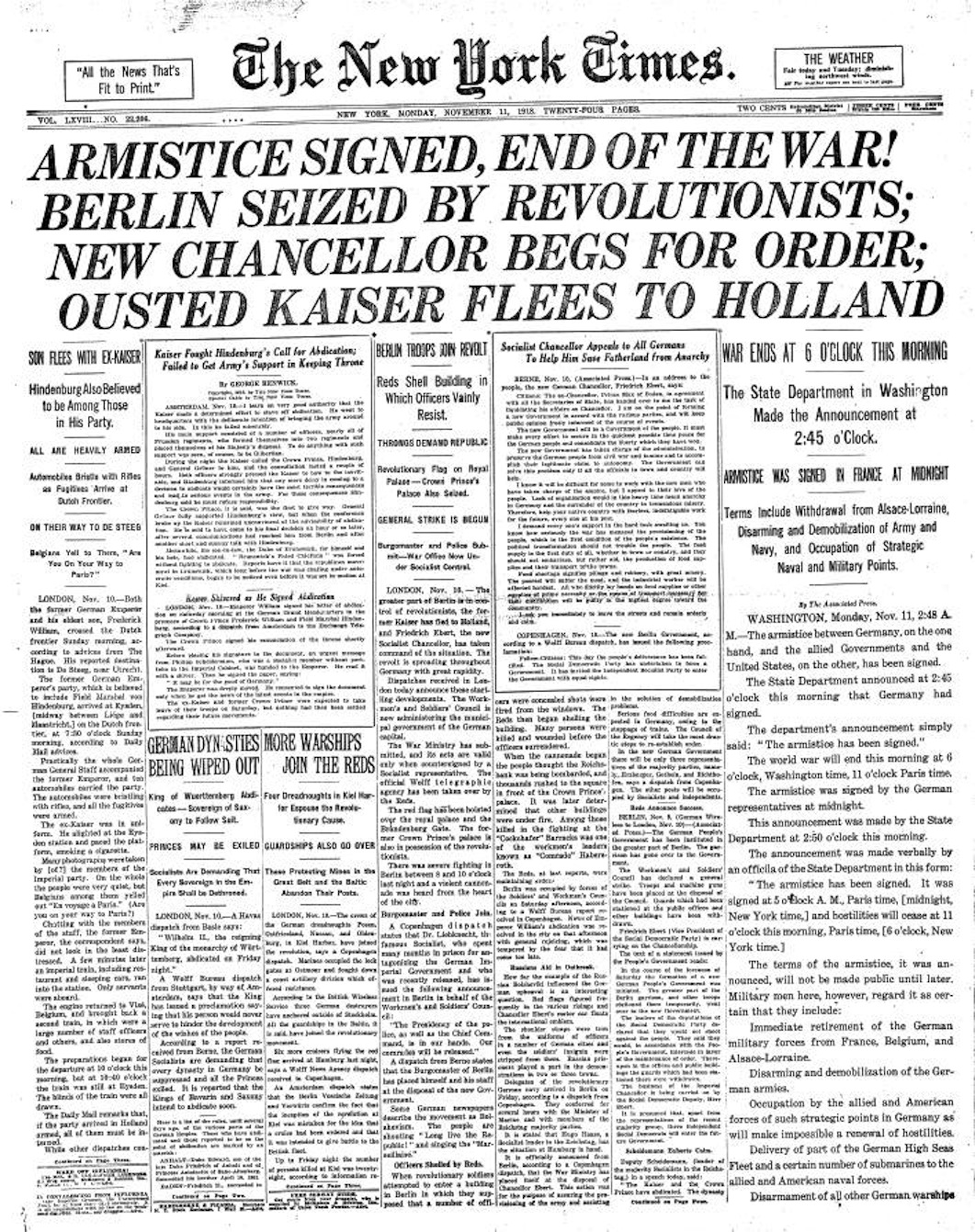 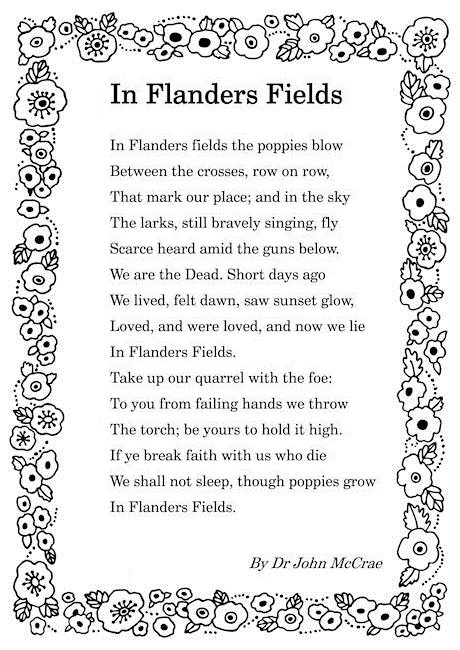 Click HERE for the full text of the poem.

For Home and Country 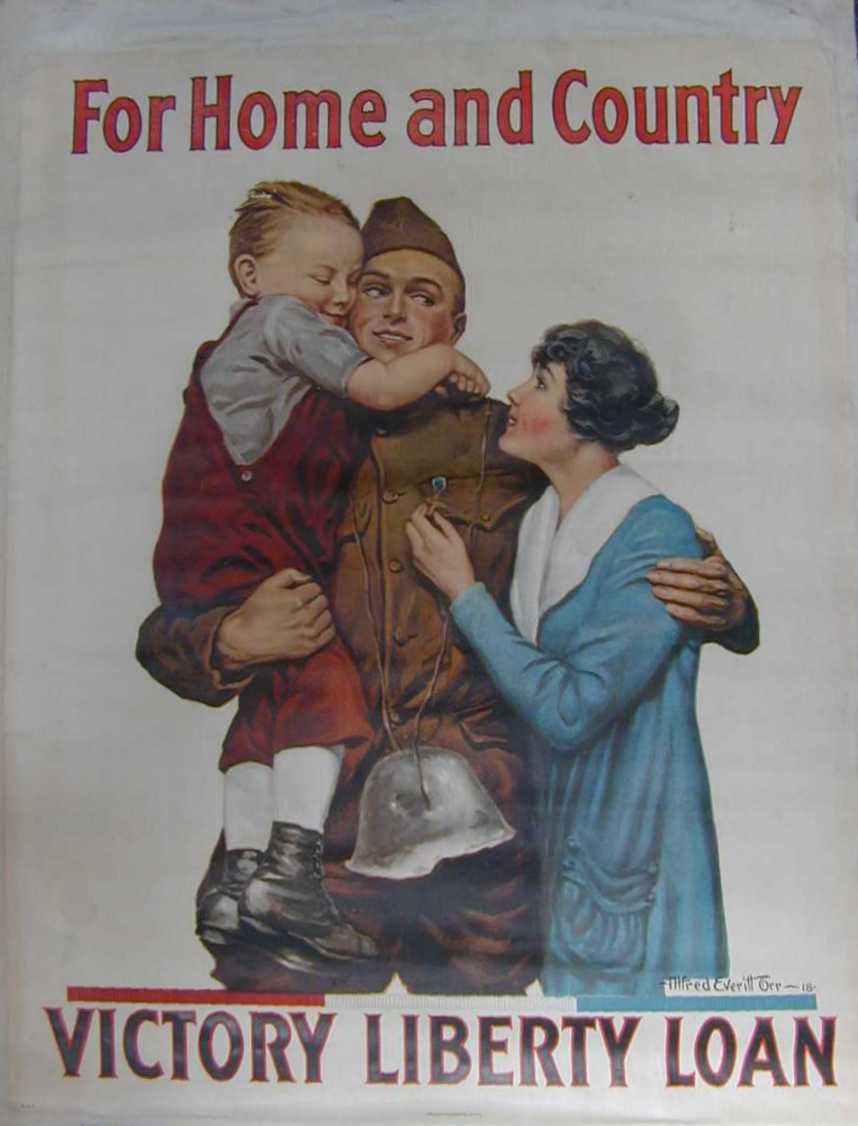 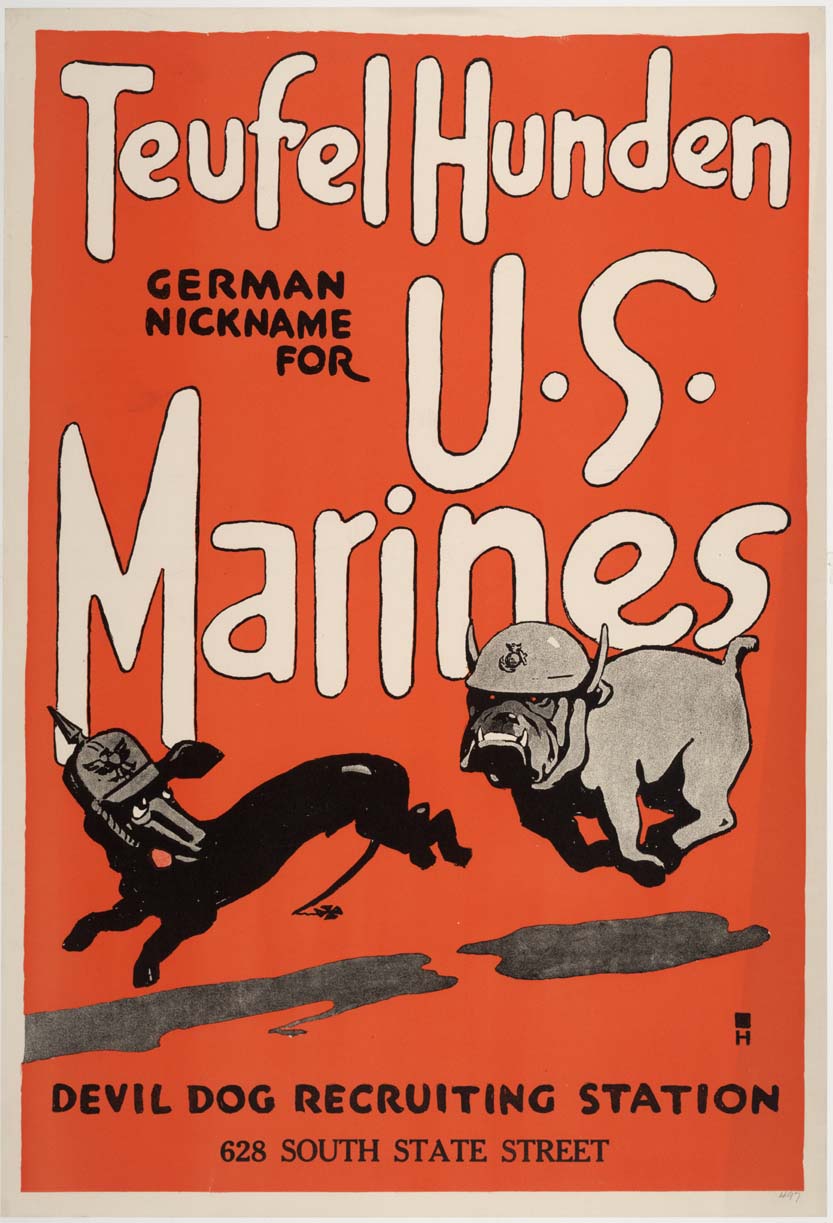