Guide for Library Research on US Elections from 1972-2020

This page lists some of the major political scandal to rock United States politics from 1972-2020. 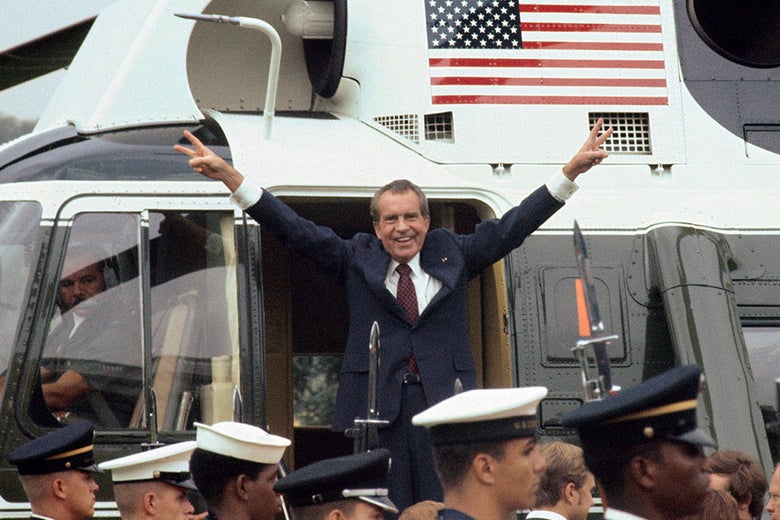 Nixon leaving office after having resigned from the Presidency

The Watergate scandal was political scandal that ultimately resulted in the disgrace and resignation of President Nixon from office in 1974. The affairs was the result of a 1972 break-in at the DNC (Democratic National Committee) headquarters that was located at the Watergate Office Building in Washington DC. The break-in was an attempt to wiretap the DNC headquarters and discover documents that could be used against the Democratic candidate in the 1972 election. The break-in and subsequent attempts at a cover-up led to the investigation and exposure of the whole affair. That ultimately led to President Nixon deciding to resign from office in 1974. He was pardoned by President Gerald Ford soon after. 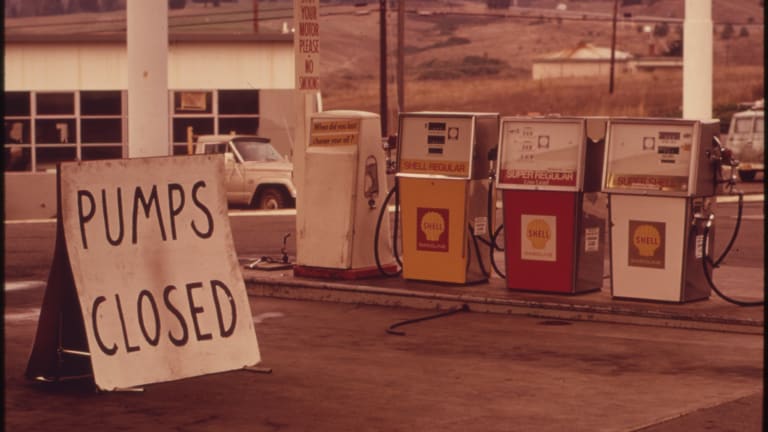 The 1970s were marked by massive gasoline shortages and rationing for gas particularly during the Carter administration.

On July 15th 1979, President Jimmy Carter gave a speech to the nation in which he addressed the nation regarding the energy crisis in which gasoline had suddenly come into short supply, mostly due to the actions of oil producing nations in the Middle East. While he never used the word "Malaise" in the speech, it became known as the "Malaise speech".

("Malaise" is a general feeling of discomfort, illness, or uneasiness whose exact cause is difficult to identify.) The manner in which President Carter spoke and behaved during the speech seemed to reinforce the feeling that the nation under his leadership was suffering from malaise. It would be his personification as a symbol of American malaise that would lead to his defeat in the presidential election in 1980. 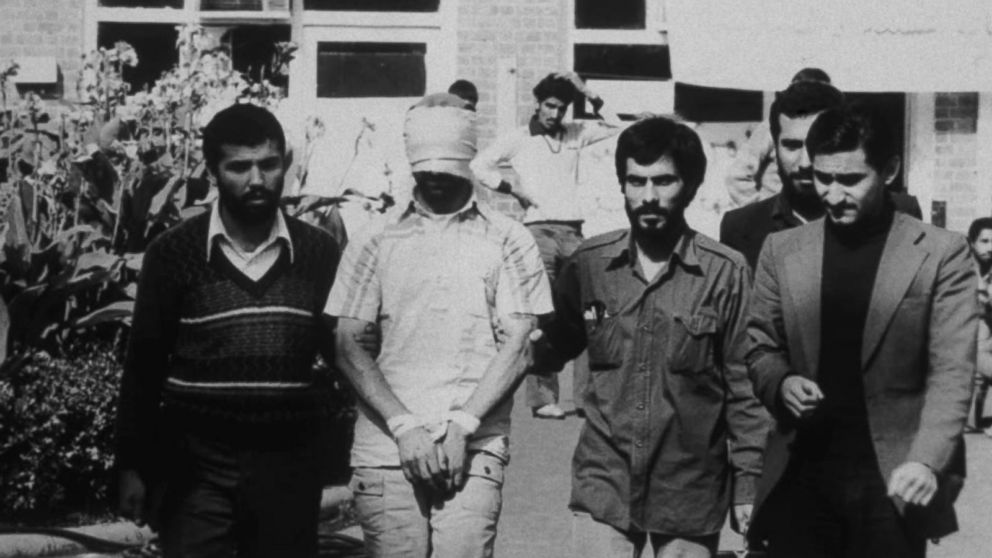 In 1979 the Shah of Iran was overthrown by Islamic fundamentalists led by the Ayatollah Khomeini. During this period the American embassy was attacked and seized with 52 American citizens taken hostage. The hostage crisis lasted for 444 days from November 4 1979 until January 20 1981. The Carter administration attempted to behave diplomatically at first and entered into negotiations but failed completely. President Carter then ordered a military rescue operation which became a complete debackle, resulting in the deaths of eight American soldiers. The ineptitude and humiliation brought on by this episode was one of the major reasons for the failure of Carter to win reelection in 1980. 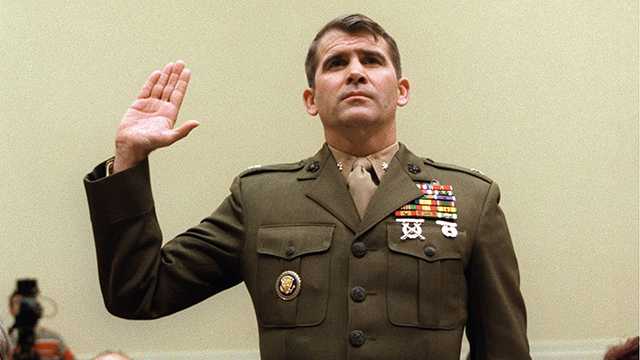 The Iran-Contra affair was a political scandal during the Reagan administration. Essentially the Reagan administration agreed to sell arms to the Iranians in exchange for American hostages that were being held by Hezbollah in Lebanon. Further some of the money used in this scheme were also used to fund the Contras, a group of anti-communist rebels in Nicaragua. Ultimately nothing much came of this affair as most of the members who were involved had convictions vacated on appeal or were outright pardoned during the George HW Bush presidency. 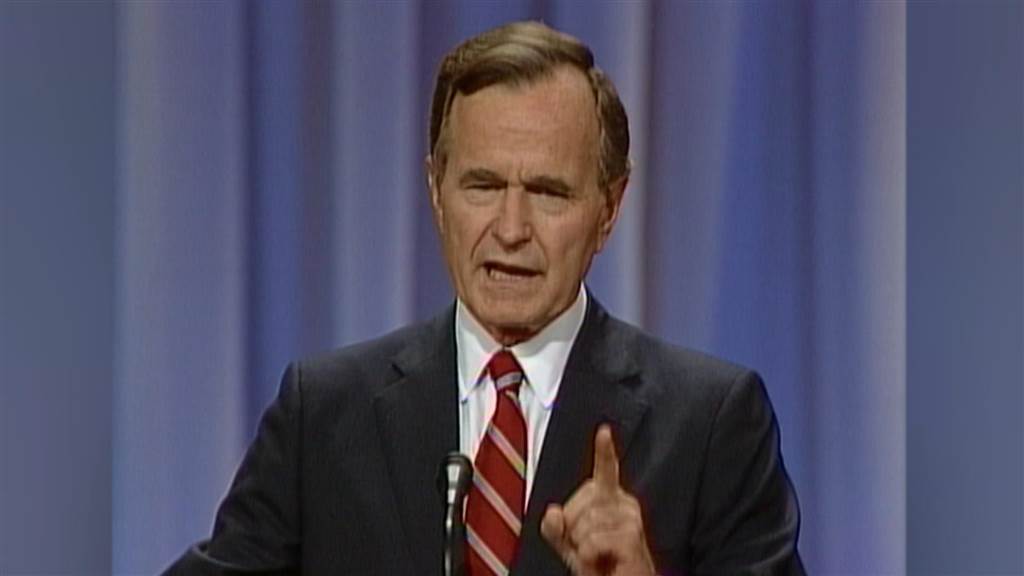 George HW Bush pledging "Read My Lips: No New Taxes!" This was followed by new taxes. 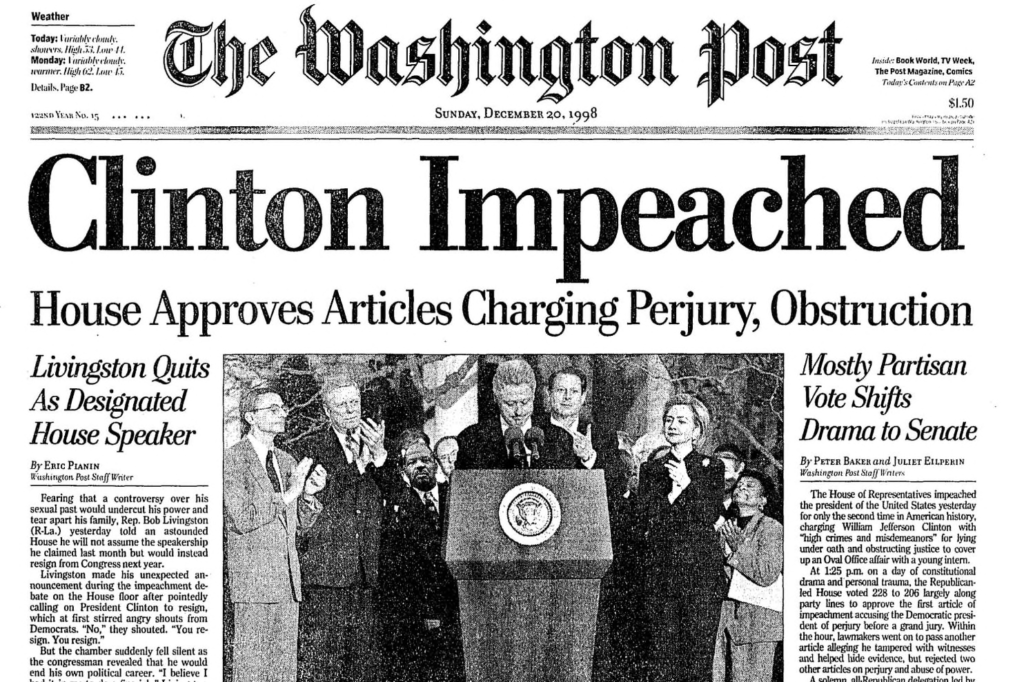 In 1998 President Bill Clinton became the second President after Andrew Johnson to be impeached by Congress. He was officially charged with lying under oath and obstruction of justice stemming from his testimony in a sexual harassment lawsuit as well as his very public denial of an affair with White House intern Monica Lewinsky. Though he later admitted that he had sex with Monica Lewinsky, Congress could not get the 2/3 majority necessary for conviction and removal from office so he remained President for the remainder of his second term. 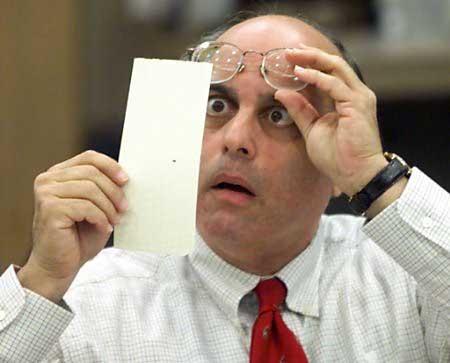 The 2000 Presidential election between Democrat Al Gore and Republican George W Bush ended up being very close, particularly in Florida where the difference between victory and defeat was literally a few hundred votes. Florida Secretary of State certified the vote for George W Bush but the Democrats disputed this and took them to court. The matter ultimately ended up in the US Supreme Court where the case "Bush v Gore" was decided 5-4 in favor of the Republican candidate. Ultimately the Republicans had won Florida and its electoral college votes by 537 votes.

War in Afghanistan and Iraq 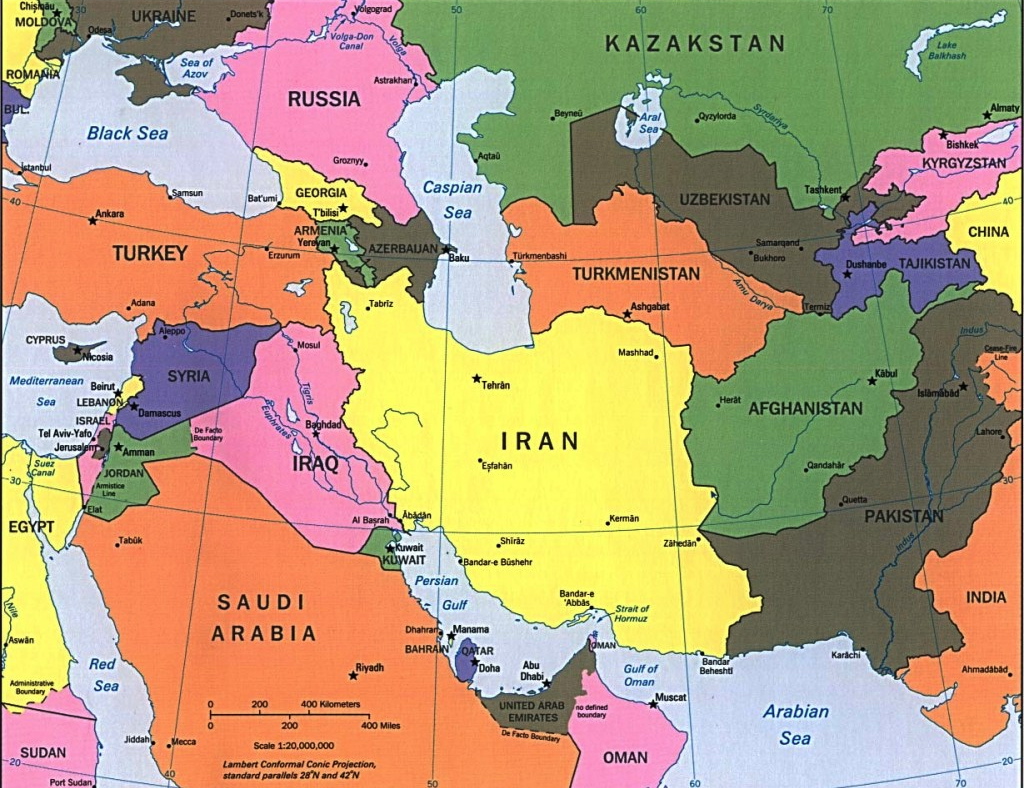 Map of the Middle East

Following the terrorist attacks on the United States on September 11 2001, the US government determined that they had been perpetrated by Al-Qaeda, an Islamic terrorist group led by Osama Ben Ladin. Further it was determined that he was hiding in Afghanistan and that the Islamic fundamentalist government of that nation refused to turn him over so the decision was made to go to war with Afghanistan. The United States remains at war in Afghanistan as of 2020 though Bin Laden was found in Pakistan a few blocks away from their equivalent of West Point in 2011. His residency was raided by US military forces and he was killed.

As for Iraq, in 2003 fearful of the possibility that the Iraqi government under the control of dictator Saddam Hussein may have had or was attempting to obtain weapons of mass destruction (WMD), the United States entered Iraq and removed Hussein from power. None of the feared WMDs were located by US forces who were now faced with having to deal with a violent Islamic insurgency in the country. Officially President Barack Obama withdrew US forces from the country in 2011 but a large US military force remains in the country. 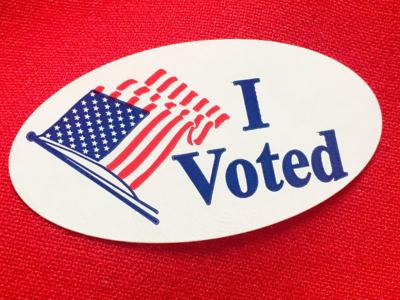 In the 2016 presidential election, Republican candidate Donald J. Trump  faced off against Democratic challenger Hillary Clinton. In the run-up to the election Hillary Clinton led in most election polls and there was a large skepticism among politicians, pundits, and pollsters that Trump would face anything other than a crushing defeat. On election night Hillary ended up losing the Presidency to Donald Trump. This political upset has been comparable to the situation of Harry Truman's reelection in 1948 where he was also a long shot that won reelection. Following the election large parts of the Republican intelligentsia and of the entire Democratic party have claimed that Trump stole the election with foreign help and have pursued several investigations including impeachment but have not been able to prove successfully or honestly any of their allegations outside of newspaper opinion articles. Trump remains President and is currently the Republican candidate running for reelection in 2020.