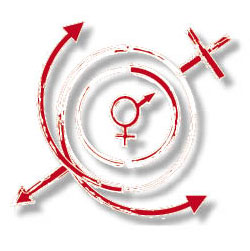 This image was taken from Francis Marion University's Gender Studies page at: www.fmarion.edu/academics/gender

The LGBT Project focuses on five issue areas to eliminate discrimination and change public opinion. It does so via the courts, legislatures and public education.

The Black Male Initative at CUNY

A new initiative intended to increase, encourage, and support the inclusion and educational success of under-represented groups in higher education, in particular black males. All programs and activities of the Black Male Initiative are open to all academically eligible students, faculty and staff, without regard to race, gender, national origin, or other characteristic.

CUNY Center for the Study of Women and Society

Since 1977, the Center for the Study of Women and Society has promoted interdisciplinary feminist scholarship. The focus of the Center's research agenda is the study of gender, sexuality, race, ethnicity, class and nation in relationship to the experiences of women and men in societies around the world. The Center co-sponsors with the Women's Studies Certificate Program intellectual exchange symposia and lectures--- among scholars within CUNY as well as with visiting scholars.

CLAGs - The Center for Lesbian and Gay Studies at CUNY

The Center for Lesbian and Gay Studies provides intellectual leadership towards understanding and addressing the issues that affect Lesbian, Gay, Bisexual and Transgender individuals and the members of other sexual and gender minorities. As the first university-based LGBT research center in the United States, CLAGS nurtures cutting-edge scholarship; organizes colloquia for examining and affirming LGBT lives; and fosters network-building among academics, artists, activists, policy makers, and community members.

Founded in 1987, the Feminist Majority Foundation is "dedicated to women's equality, reproductive health, and non-violence."

GLAAD works to include stories of LGBT people in the media. It also holds the media accountable for representations of LGBT communities.

Through its advocacy and collaborative work, NCTE strives to advance transgender equality.

Founded in 1966, NOW is an organization of feminist activists working towards equality for all women.

Parents, Families and Friends of Lesbians and Gays (PFLAG)

A national non-profit organization, PFLAG supports LGBT persons and their families and friends through their education, advocacy and support efforts.

Use the Library from your iPhone or Blackberry with our new mobile site http://www.lib.jjay.cuny.edu/m/