Guide for Library Research on Corrections 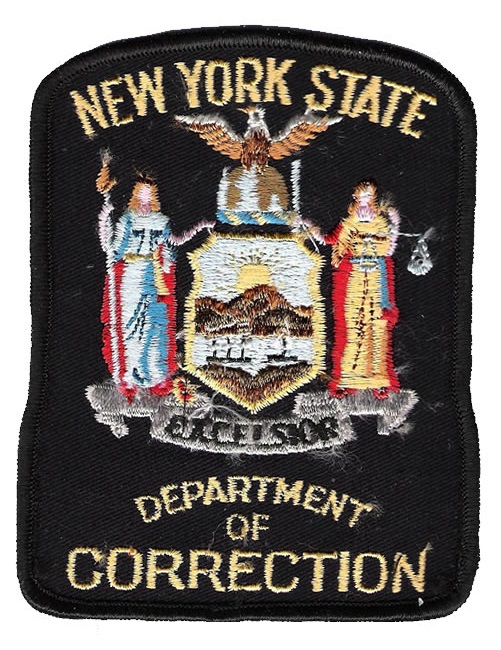 Bureau of Justice Statistics
The BJS publishes most of its reports on its WWW pages as well as in print. Statistics are maintained in the areas of law enforcement, prosecution, courts and sentencing, corrections (including capital punishment), and expenditure and employment.

Criminal Justice
This Center is a private non-profit organization with a self-stated mission to "reduce reliance on incarceration as a solution to social problems." Solid policy research reports and publications available online including New York State of Mind?: Higher Education vs. Prison Funding in the Empire State, 1988-1998. Useful links to Internet sources for juvenile and criminal justice information as well.

CrimDoc (Criminology Library Grey Literature)
Comprises the "grey literature" from the field of Criminology, as well as other, related areas of specialization, including criminal justice, penology and corrections, juvenile deliquency/young offenders, policing and law enforcement, and private policing. Housed in the Univ. of Toronto Centre of Criminology Library, this file is composed of institute, association, and government publications, as well as unpublished papers, working papers, research reports, etc.

Federal Bureau of Prisons
Official website of the agency that oversees Federal corrections institutions. It is part of the U.S. Department of Justice.

International Centre for Prison Studies
Select the World Prison Brief option for statistics on prison systems and incarceration rates in over 200 countries. This web site is maintained by the School of Law at King's College of the University of London. Note the year and source for the collected data by looking at the profile for each country.

National Criminal Justice Reference Service: Corrections
The NCJRS provides a wealth of online publications (sorted by topic or date) and links to a multitude of Internet resources (by topic subdivisions). A must-see site for the state of corrections in the United States.

New York Correction Historical Society
Historical information about individual facilities and the history of corrections in general in New York State and New York City. Some interesting features include Correction timelines with Executions by Hanging in NYS 1779 - 1889 ; Chronicles of lives, times, places and events in corrections history; a Virtual Museum and Archives; and various newsletters published by New York City Department of Correction.

Public Health and Criminal Justice
Information on correctional health care issues from the Centers for Disease Control and Prevention (CDC). Also includes a "special topic" of Reentry into the Community.

Restorative Justice Database
Created and maintained by the University of Toronto Centre of Criminology Library, this database includes citations to academic and practitioner literature from 1970 to the present. It is updated and maintained on a regular basis and presently includes more than 1,400 records.

Corrections: Reentry/Release
This site from NCJRS is a good source for government publications and statistics on prisoner reentry, mostly from the National Institute for Justice and the Bureau of Justice Statistics.

Prisoner Reentry Portfolio
A substantial resource for state of the art publications, research projects and transcripts or live audio of public discussions related to the return of prisoners back to society from the Urban Institute.

Public Health and Criminal Justice
Information on correctional health care issues from the Centers for Disease Control and Prevention (CDC). Also includes a "special topic" of Reentry into the Community.

Reentry Policy Council
A Council of State Governments project. Their site offers their groundbreaking Report and other resources such as legislation, national initiatives, statistics, news and media coverage.

Reentry
An extensive treatment of prisoner reentry from the U.S. Department of Justice. Includes an overview of the topic, state activities and resources, federal and national resources, training and technical assistance, and an extensive bibliography of publications with links when available.

Reentry Resource Center - New York
Statewide clearinghouse of advocate resources in New York. Offered by Reentry Net, a project of The Bronx Defenders and Pro Bono Net, a collaborative education and resource center for individuals and organizations in New York State that advocate for people with criminal records and their families. 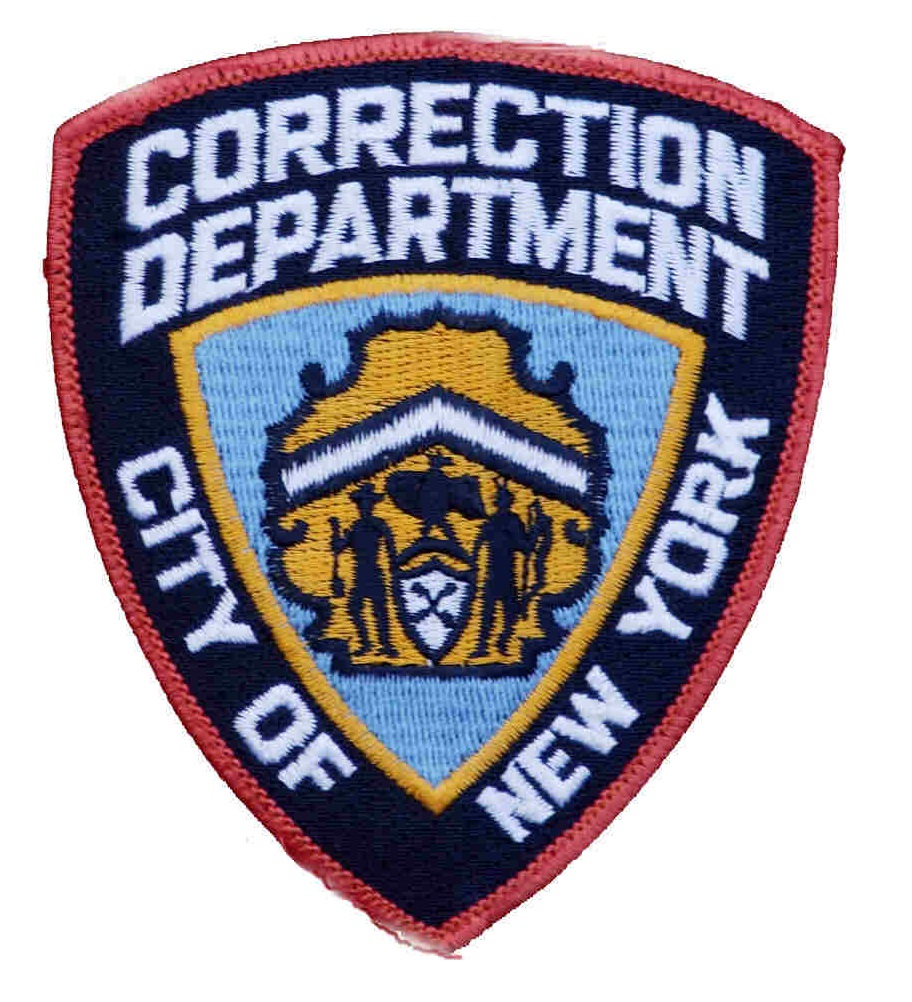 Click on the Links below to find Statistical Information.

Statistics on Drugs and Crimes 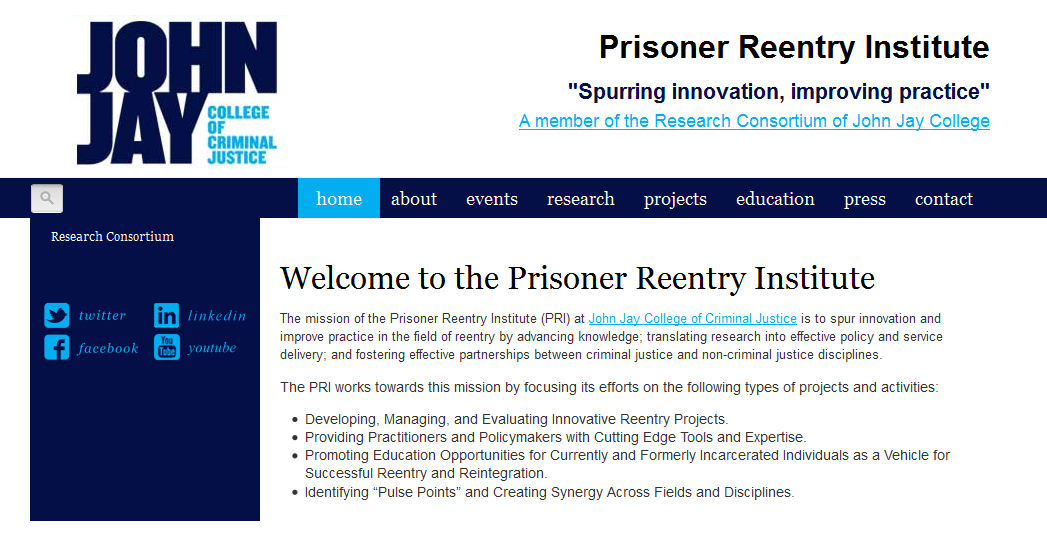 The mission of the Prisoner Reentry Institute (PRI) at John Jay College of Criminal Justice is to spur innovation and improve practice in the field of reentry by advancing knowledge; translating research into effective policy and service delivery; and fostering effective partnerships between criminal justice and non-criminal justice disciplines.

The PRI works towards this mission by focusing its efforts on the following types of projects and activities:

You can find more information HERE.