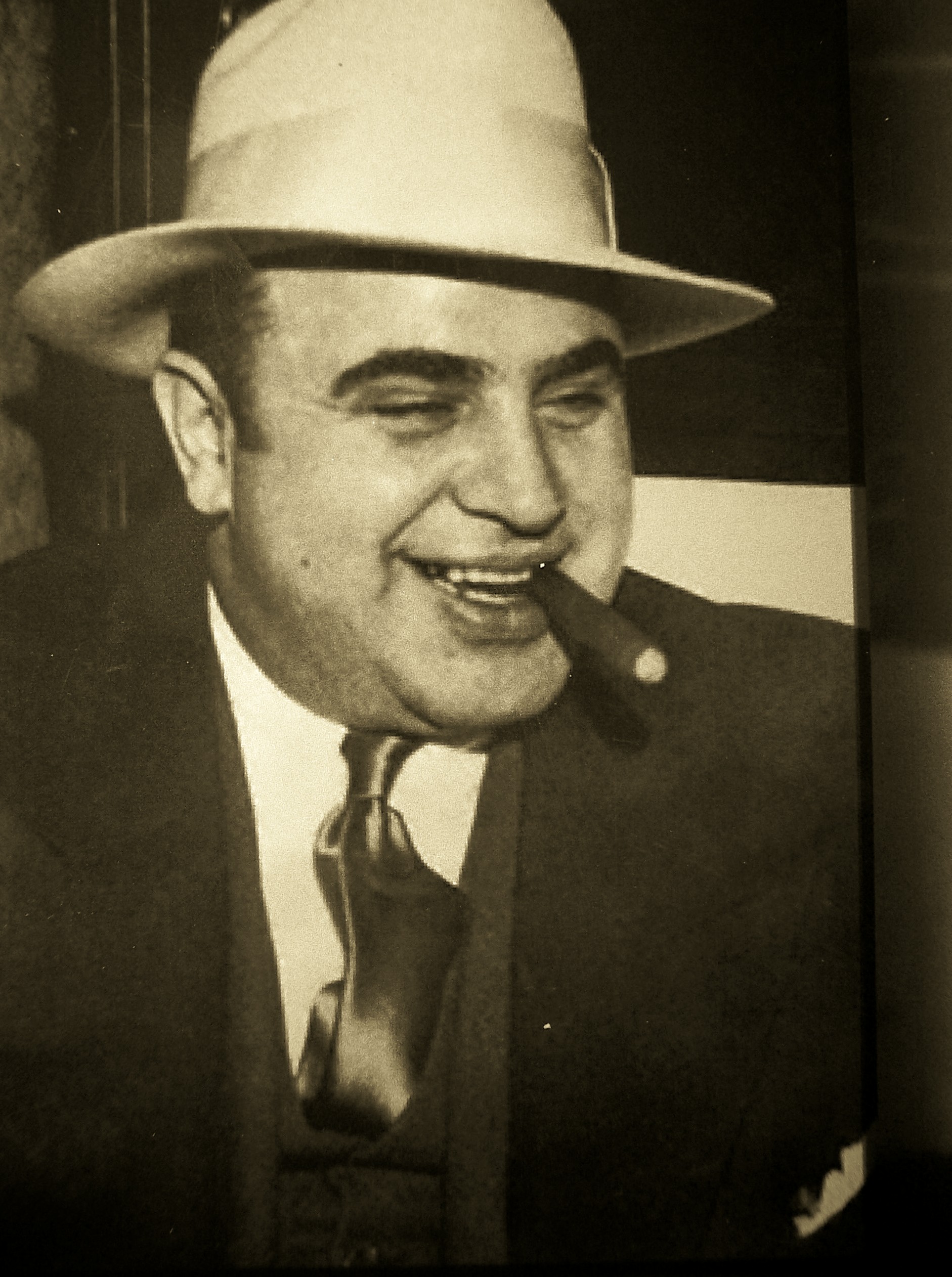 Al Capone, also called Scarface, was a major gangster during the Prohibition era in Chicago. He was eventually prosecuted and convicted for tax evasion in 1931. He was sentenced to 11 years in federal prison and served 8 before he was released. He died from a stroke in 1947. 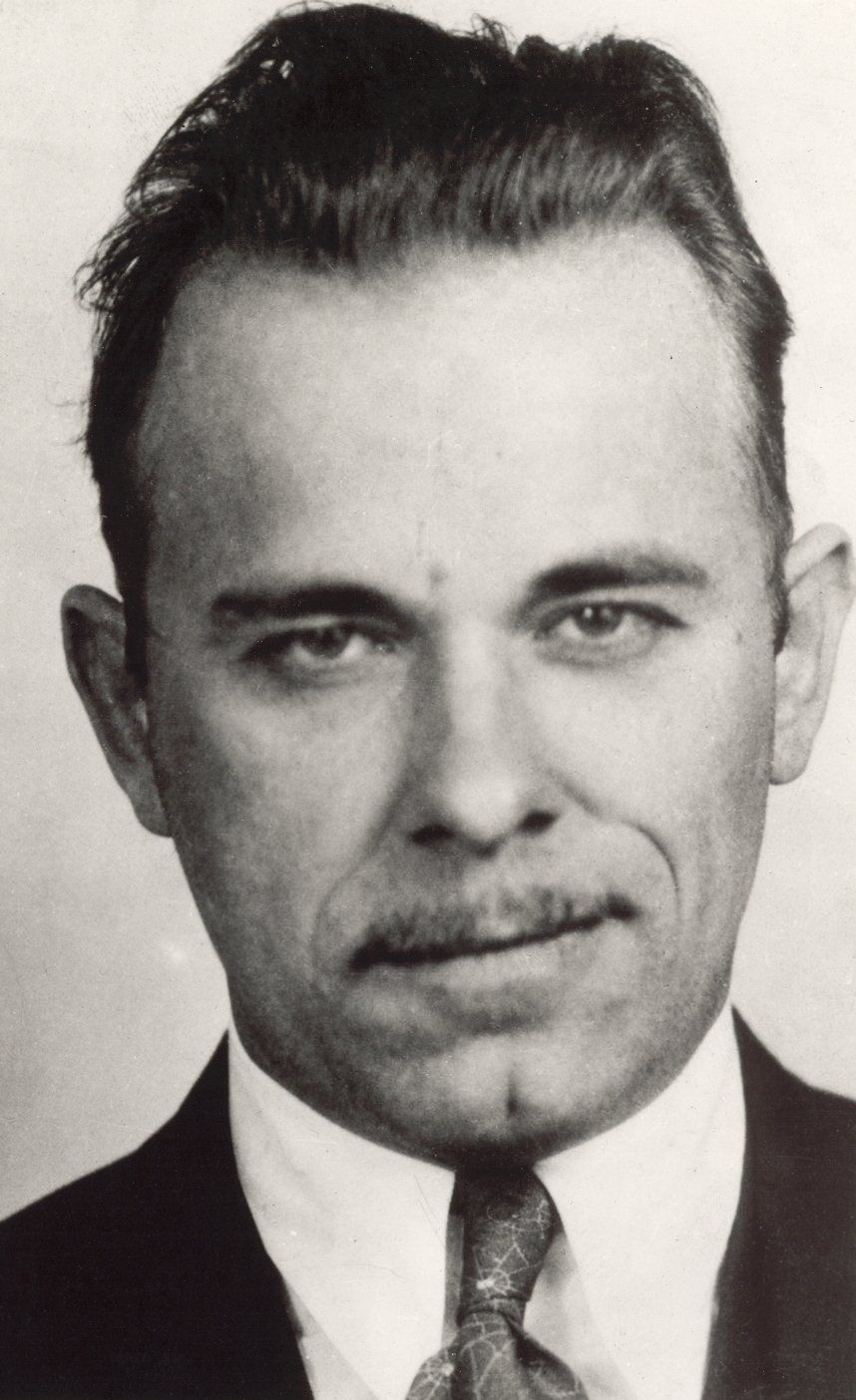 John Dillinger was a gangster and bank robber during the Great Depression. He was a very famous criminal whom the media delighted in writing about, usually in a sensational manner. Dillinger was famous for having escaped from jail twice, one time carving a bar of soap to look like a gun. He died in a shootout with Federal agents in Chicago in 1934 after he was identified by his escort, who wore a red dress and became kown as the woman in red. 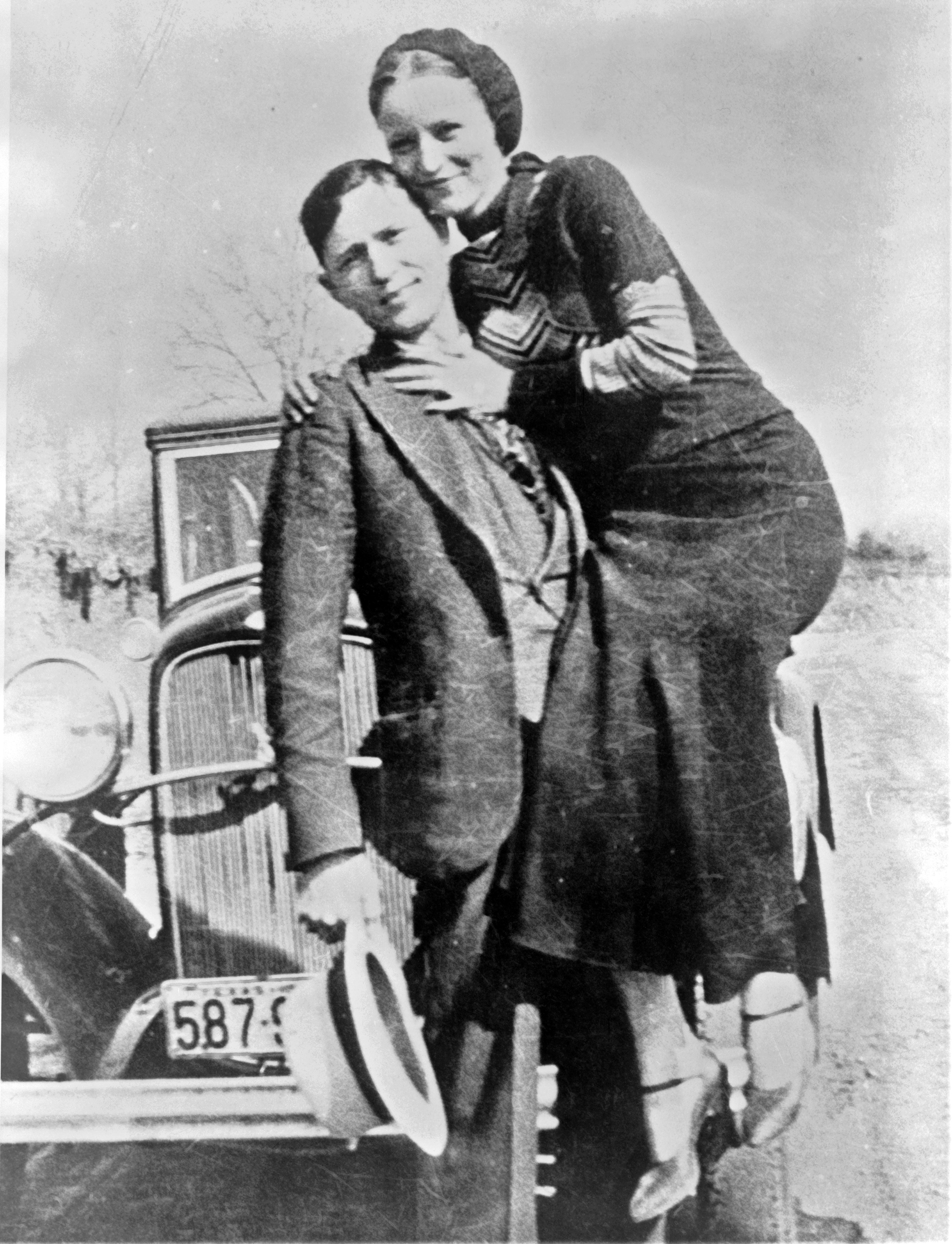 Bonnie and Clyde were a romantic couple who were also outlaws and theives from the area of Texas. They and their gang were particularly famous in the early 1930s and ultimately killed nine police officers and several civilians before they themselves were ambused and killed in Louisana in 1934. 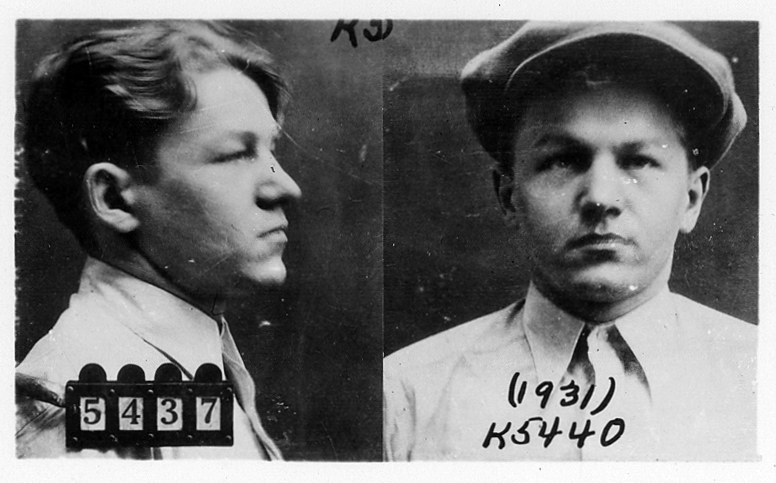 Also known as George Nelson, Baby Face Nelson was a bank robber and murderer during the Great Depression. He was often called "Baby Face" because he was short and looked young. His main claim to fame was his association with John Dillinger. Baby Face died in a shootout with the FBI in 1934. 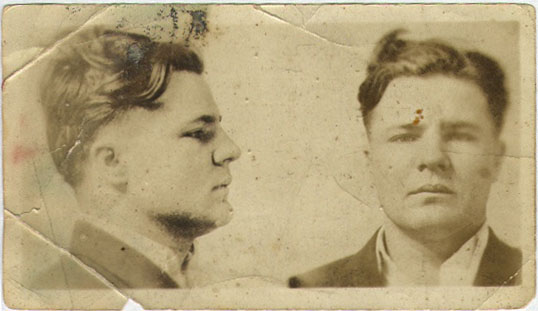 Pretty Boy Floyd was a bank robber during the Great Depression and very popular with the media at the time. The public generally had a positive view of him because when he robbed banks, he would destroy mortage documents, freeing many people from their debts. He was killed in a shootout with the FBI in 1934. 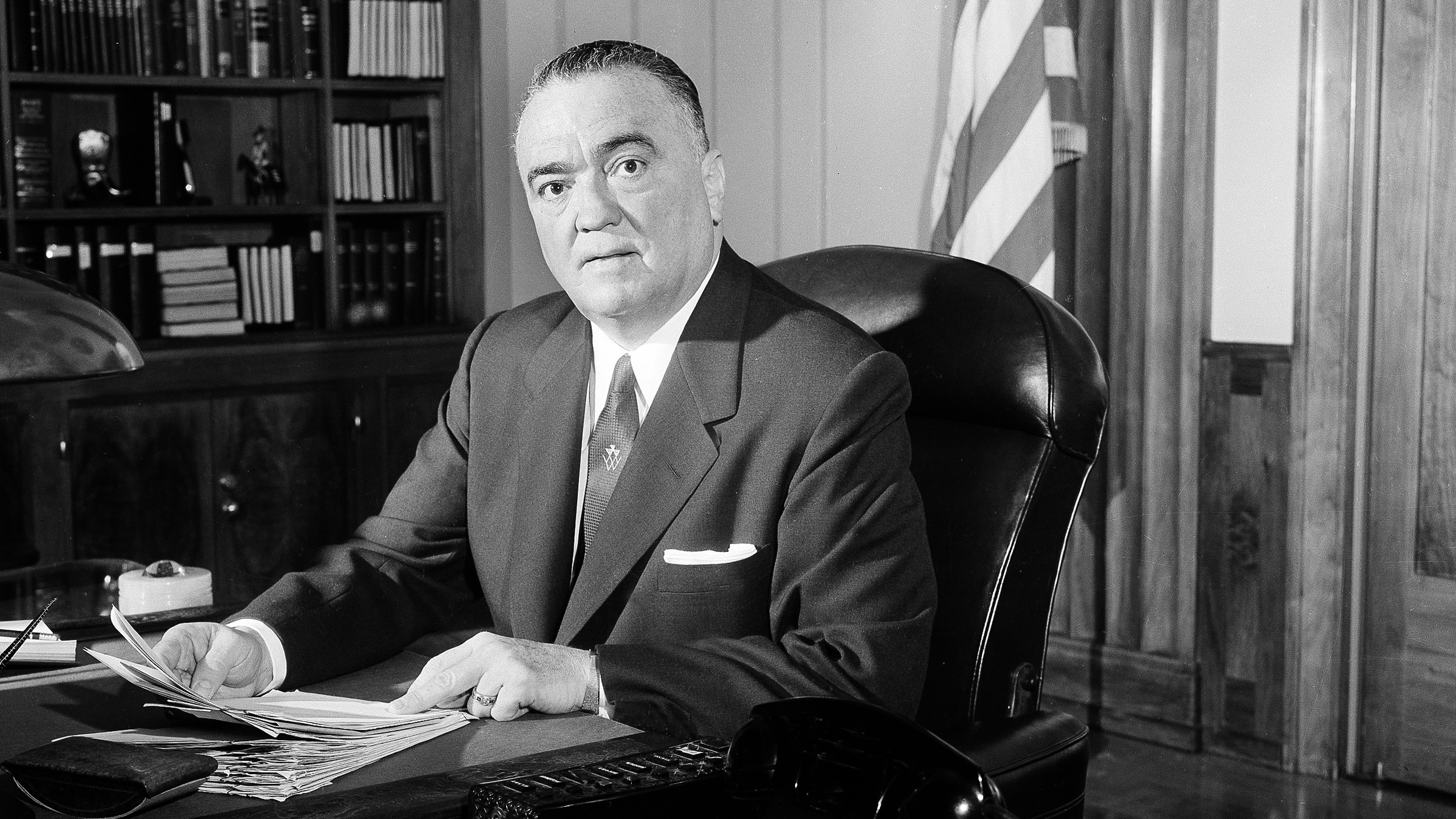 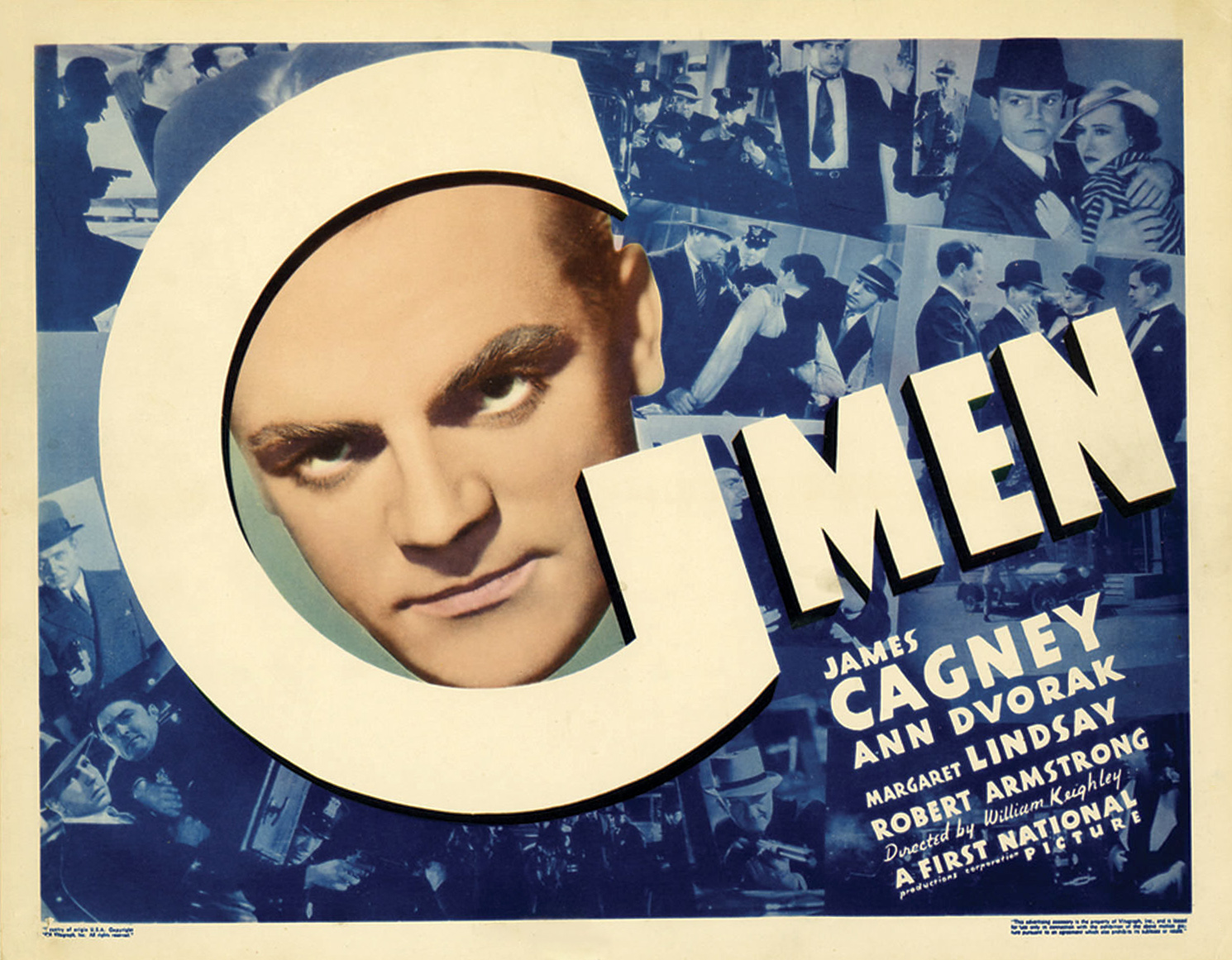 G-Man is a slang reference to FBI agents. It stands for "Government Man" and is attributed by FBI muth to "Machine Gun" Kelly who surrendered at one point in 1933 shouting "Don't shoot, G-Men!" 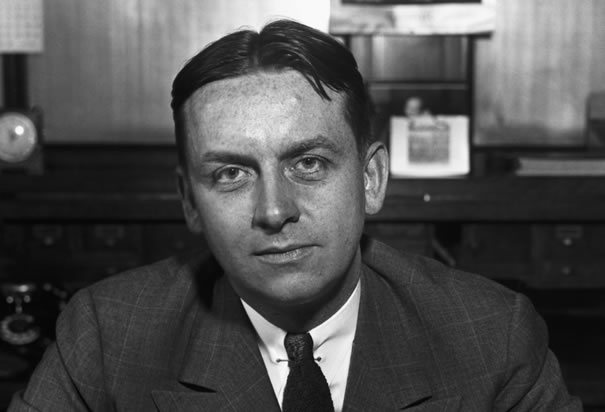 Eliot Ness was an FBI agent who achieved fame as leader of a team of law enforcement agents known as the Untouchables. He is considered to have been a driving force behind the dethroning and eventual imprisonment of Al Capone. He died of a heart attack at the age of 54. 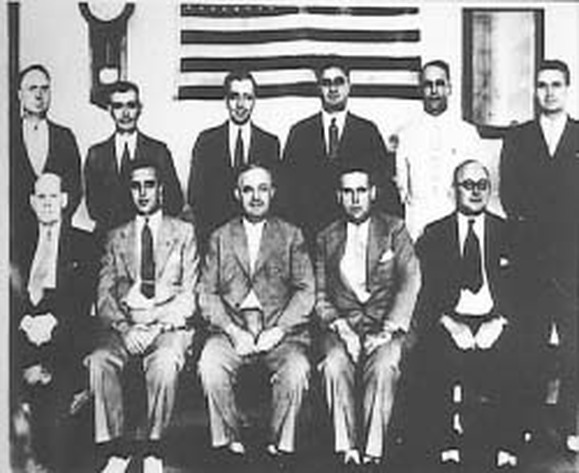 From 1929 to 1931 the law enforcement team led by Eliot Ness was known as the Untouchables, a nickname given to describe their incorruptiblity while they aggressively enforced Prohbition laws against Al Capone and his gangsters. 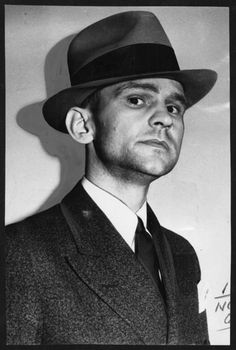 Melvin Purvis was an FBI official who led the manhunts of Baby Face Nelson, Pretty Boy Floyd and John Dillinger. J. Edgar Hoover was jealous of the limelight that Purvis attracted which overshadowed him and the rest of the FBI. Purvis died of a gunshot wound to the head in 1960. The FBI ruled it a suicide. 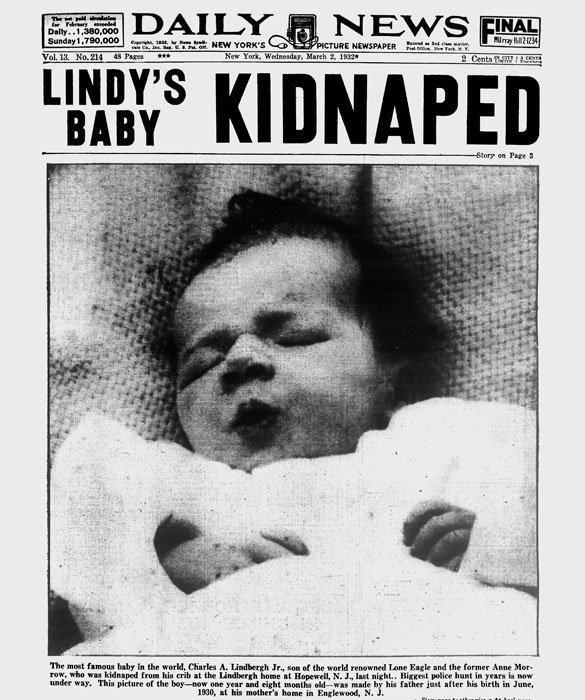 In 1932 the famous aviator and isolationist Charles Lindbergh reported that his toddler son, less than 2 years old, had been kidnapped. After two months, the body of Charles Lindbergh Jr was discovered near Lindbergh's home, dead from a fracture of the skull. In 1935 Bruno Hauptmann was arrested and charged with the crime. He was convicted and executed in 1936 though he proclaimed his innocence until the end. The kidnapping was one of the most highly publicized crimes of the century. 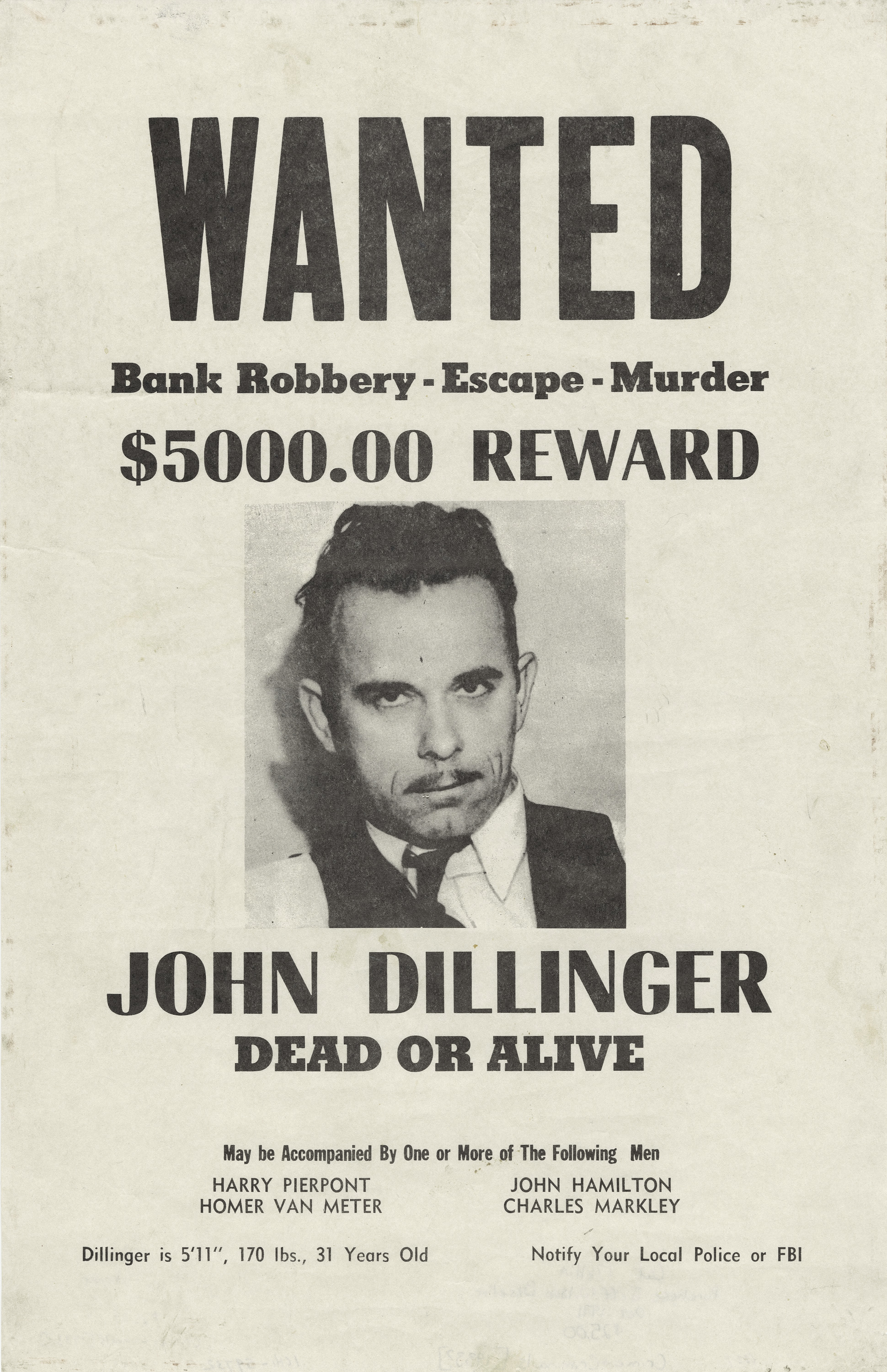 The 1920s and 1930s were a time of rising crime, driven at first by Prohibition and then after its repeal, taking on a life of its own. The 1930s was a period of famous gangsters such as John Dillinger, Baby Face Nelson, Bonnie and Clyde, Pretty Boy Floyd, Machine Gun Kelly, and Ma Barker. It also became known as the Public Enemies Era when the FBI began to keep "Public Enemies" lists of wanted criminals charged with crimes. 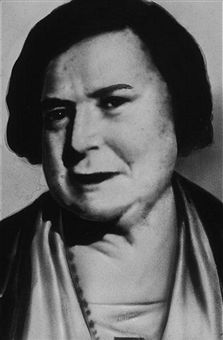 Ma Barker was the mother of many criminals who belonged to the Barker gang during the Great Depression. She was killed in a shootout in 1935 and afterwards became known as having been ruthless, controlling her sons' gang and directing their exploits. There is some dispute over whether that was true or not. 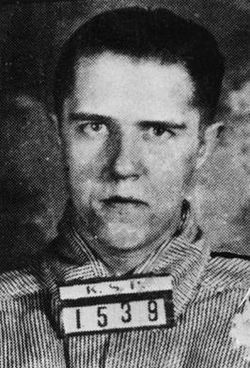 Nickednamed "Creepy" because of his smile, Karpis was a prominent member of the Barker gang during the Great Depression. He served 26 years in Alcatraz, the longest time a federal prisoner spent there. He was paroled in 1968 and died in Spain in 1979. 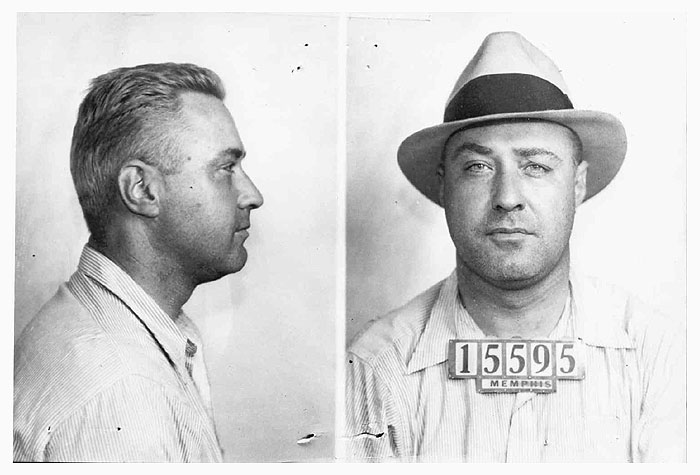 Machine Gun Kelly was a gangster and kidnapper during Prohibition and the early part of the Great Depression. He was nicknamed "Machine Gun" because his favorite weapon was a Thompson machine gun. He was arrested in Tennessee in 1933 and died in jail from a heart attack in 1954.