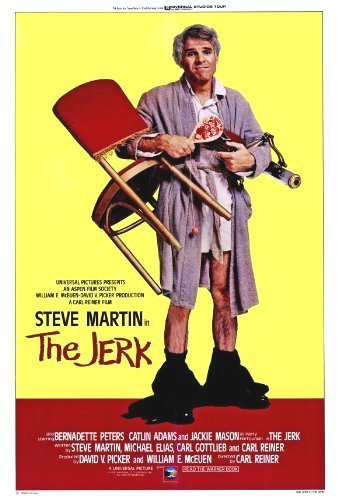 The main difference between comedy and tragedy in a Shakespearean play is that a comedy will start off with an innocent misunderstand or weird situation and will ultimately end happily and with no one having died at the end of the story. In a tragedy usually the story will start off with a serious situation such as a murder or a betrayal or a rivalry and will ultimately end sadly, with many, even everyone, dying at the end of the story.

“If she lives till doomsday, she'll burn a week longer than the whole world.”
Act III Scene II

One of Shakespeare's earliest plays, this is the story of two sets of twins, separated at birth who finally end up in the same town at the time and all the hijinks that occur until the situation can be sorted out. 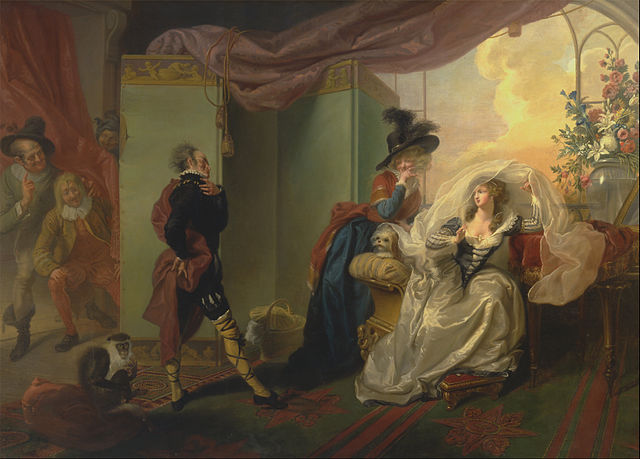 “Be not afraid of greatness. Some are born great, some achieve greatness, and others have greatness thrust upon them.”
Act II Scene V

Like many other of Shakespeare's comedies this is a story of courtship and mistaken identity. Viola, separated from her twin brother disguises herself as a man. The Duke Orsino is in love with a woman named Olivia. Olivia falls in love with Viola who is in disguise. Viola falls in love with Orsino. Everything is confusion until Viola's twin brother shows up and marries Olivia, freeing Orsino to marry Viola. 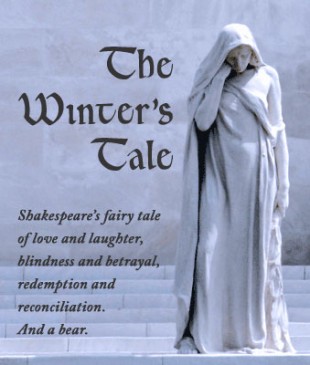 This play is a story of jealousy run wild but is most famous for a specific stage direction in the beginning of the play: "Exit, pursued by a bear."

“That man that hath a tongue, I say is no man, if with his tongue he cannot win a woman.”
Act II Scene I

The Two Gentlemen of Verona is considered by some scholars to be Shakespeare's very first play. Many of the themes and plots used here would show up again in later productions such as having a heroine pretend to be a boy and the foolish way people behave when in love. It is also considered to be one of the more weaker plays in the Shakespearean cannon. 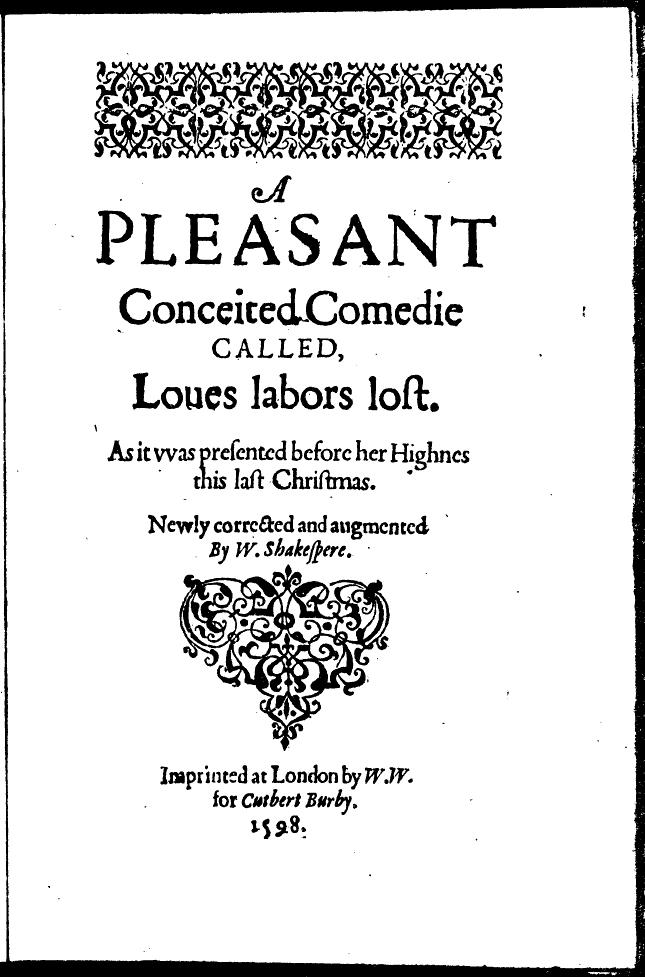 “Love is familiar. Love is a devil. There is no evil angel but Love."
Act V Scene II

Love's Labour Lost is a play that scholars believe was written to be performed before Queen Elizabeth. It is a story of the quest of the King of Navarre (in Spain) and his friends as they take a vow to avoid women and romance in favor of studying and fasting and their utter failure at it once they stumble upon the Princess of Aquitaine and her friends. Unusual for a Shakespearean comedy, no one gets married at the end. 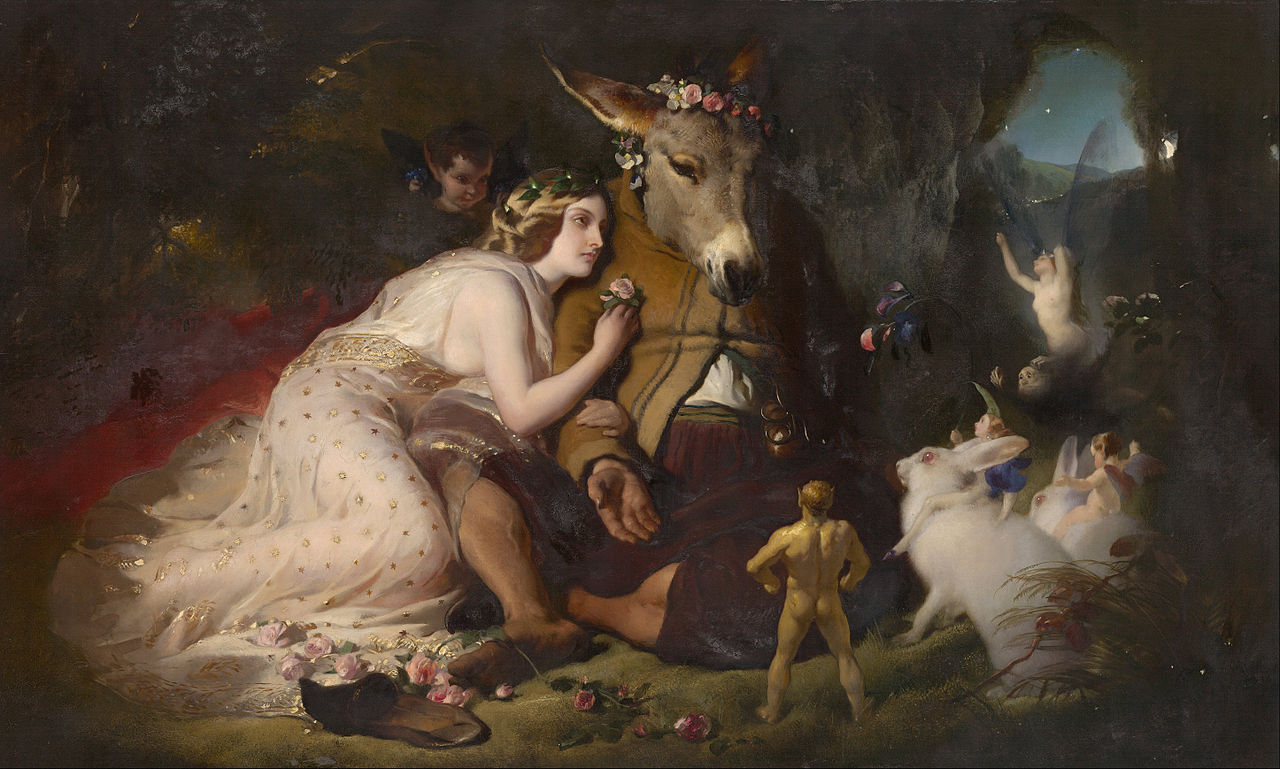 “Lord, what fools these mortals be!”
Act III Scene II

One of the most popular and famous of Shakespeare's comedies, A Midsummer Nights Dream is a story of the foolishness that happens one evening when several humans and the Queen of the Fairies Titania end up bewitched and mixed up in terms of who they are in love with. At the end of the night, everything is set in order and everyone ends up with who they should be with.

Much Ado about Nothing 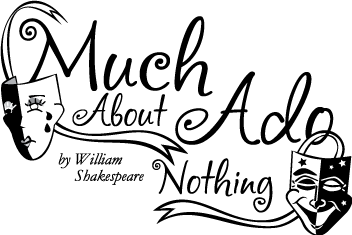 “When I said I would die a bachelor, I did not think I should live till I were married.”
Act II Scene III

Much Ado About Nothing is a story with two plots running together at the same time. In the main plot Claudio is in love with Hero but comes to doubt her loyalty and betrays her only to repent when he finds out the truth. In the secondary plot, but also the plot that has been found to be the most interesting and well loved by audiences, we have the situation between Benedick and Beatrice. They don't like each other but they are both quick witted and get some of the best lines in the play. Eventually they start to like each other as their friends intervene to gently push them towards each other. In the end everyone gets married.

Taming of the Shrew 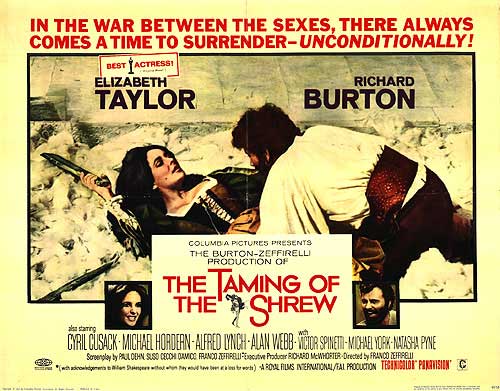 “Petruchio: Come, come, you wasp; i' faith, you are too angry.
Katherine: If I be waspish, best beware my sting.
Petruchio: My remedy is then, to pluck it out.
Katherine: Ay, if the fool could find where it lies.
Petruchio: Who knows not where a wasp does wear his sting? In his tail.
Katherine: In his tongue.
Petruchio: Whose tongue?
Katherine: Yours, if you talk of tails: and so farewell.
Petruchio: What, with my tongue in your tail? Nay, come again, Good Kate; I am a gentleman.”
Act II Scene I

Katherina is the "shrew" of the play, basically bad tempered and hard to live with. Her father will not let her younger sister marry until Katherina is married. Petruchio, a traveller of sharp wit, agrees to marry Katherina, and the rest of the bulk of the play is his "taming" her, with the ending suggesting that she's likely to be a much better wife to him than her sister and the other wives in the play will be to their husbands. 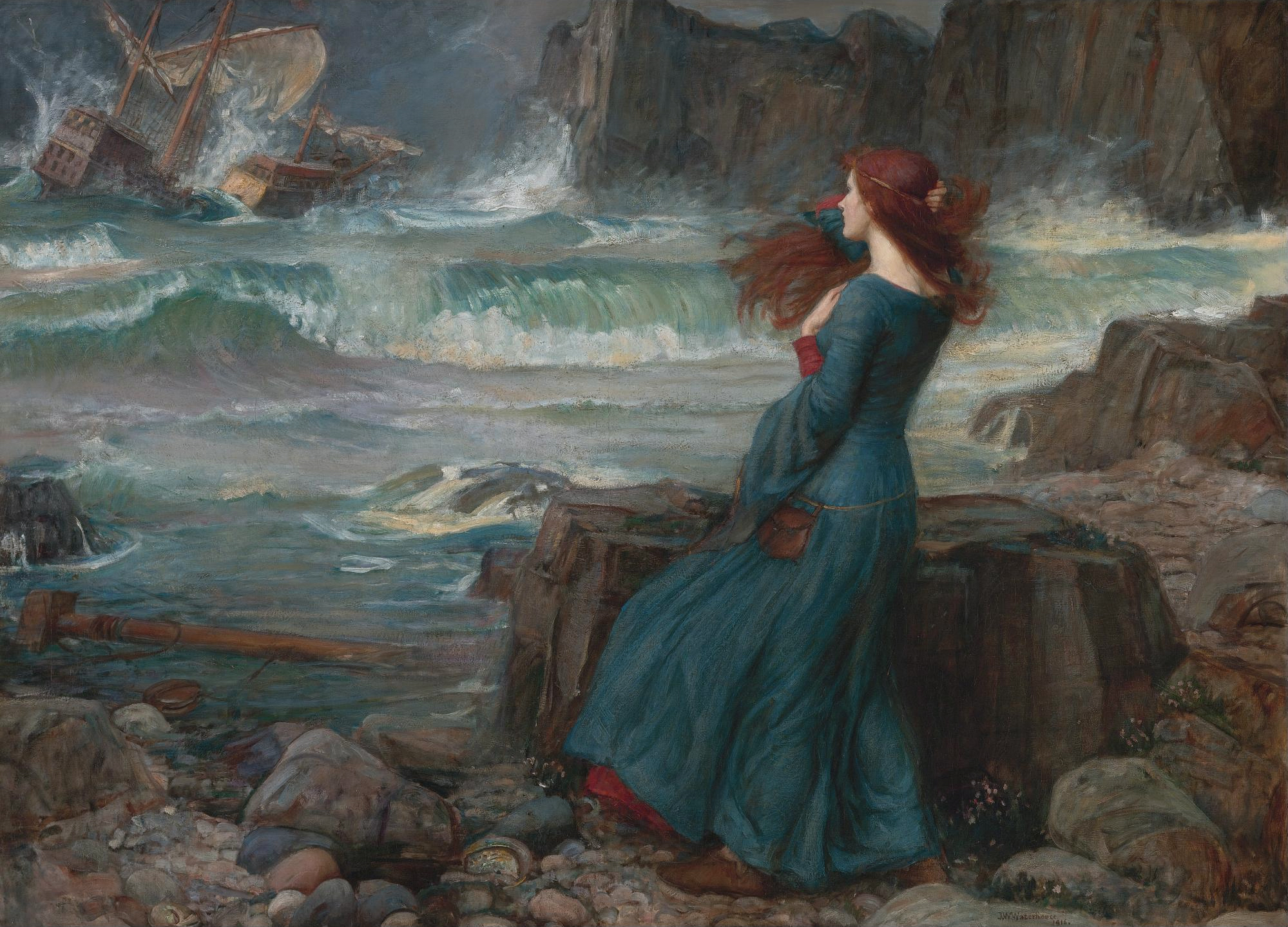 “We are such stuff as dreams are made on, and our little life is rounded with a sleep.”
Act IV Scene I

The Tempest is considered by scholars to be the last play that Shakespeare wrote on his own. (There are other plays written with Shakespeares input after this one but they are collaborations and not sole efforts.) In fact, Prospero's speech at the end of this play is widely seen as Shakespeare's own farewell to his audience and profession. The story is about Prospero, an exiled Duke and a magician who wants to restore his fortunes and marry off his daughter Miranda. In the course of the play he uses his powers to defeat his enemies, marry off his daughter, and end his exile. 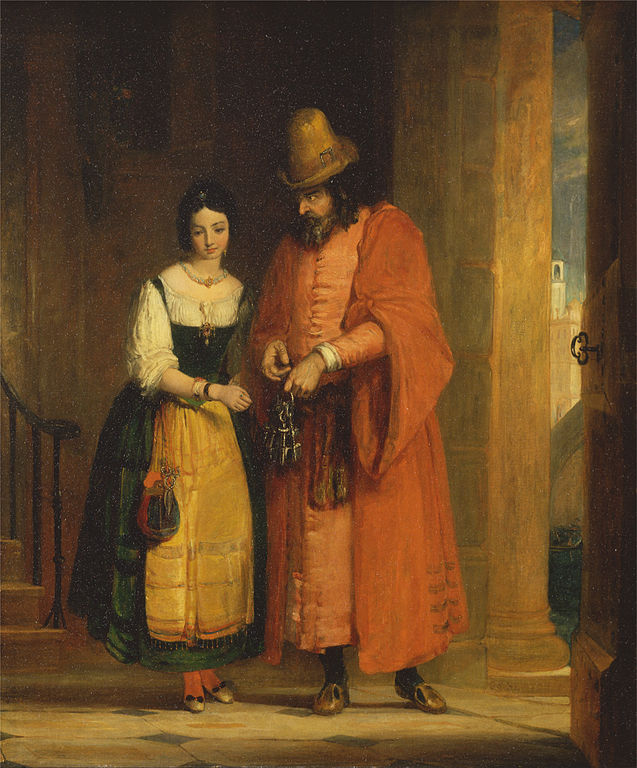 The Merchant of Venice is controversial for modern audiences as many of its themes and certainly many of its characters are anti-semitic. The play was part of a tradition of literature, particularly plays, written at the time where Jews were characterized as demonic villains, completely evil and greedy. It is usually pointed out that at the time Shakespeare wrote the play, Jews had been expelled and banned from living in England for the previous 400 years and that Shakespeare himself had probably never met or even seen any Jews in person.

The play is classified as a comedy because no one dies at the end of it. It should be remembered that Shylock, the Jewish character in the play, is not the central character and certainly not the hero of the story. His defeat and humiliation at the end of the play was intended to be seen by audiences at the time as a positive thing. Scholars usually point out that in comparison with other plays at the time such as Christopher Marlowe's "Jew of Malta" where the Jewish villain was evil for the sake of being evil, Shakespeare humanizes Shylock and gives him some of the more memorable lines in the play.

The plot of the story is straightforward: The merchant Anthony borrows money from the moneylender Shylock with the condition that if he cannot pay it back then he must give Shylock a "pound of flesh". The rest of the story is Anthony being unable to pay, facing the threat of fulfilling the conditions he agreed to and then Shylock being defeated and humiliated. 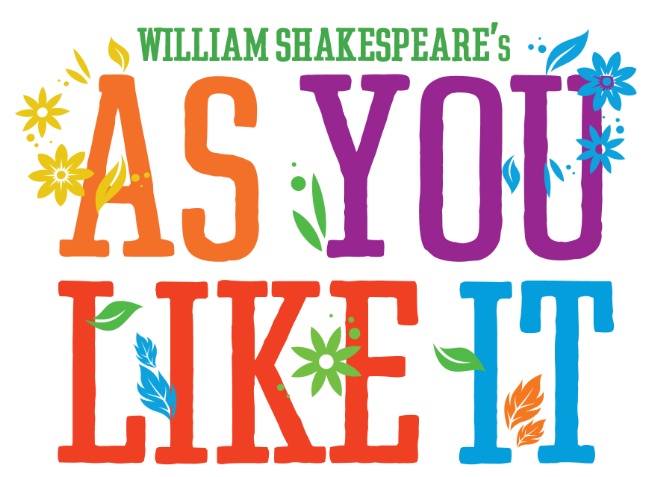 "All the world's a stage,
And all the men and women merely players;
They have their exits and their entrances,
And one man in his time plays many parts,
His acts being seven ages."
Act II Scene VII

As You Like It is a love story, mixed up with mistaken identity. Orlando, who is in love with Rosalind is driven into exile. Later when Rosalind sees him again, she is disguised as a man. On top of that while in that disguise a shepardess fall is love with Rosalind. And the same confusion goes for Rosalind's traveling companion Celia who is also in disguise. The play ends happily as everything is resolved, all the characters can return from exile and marry who they are in love with. 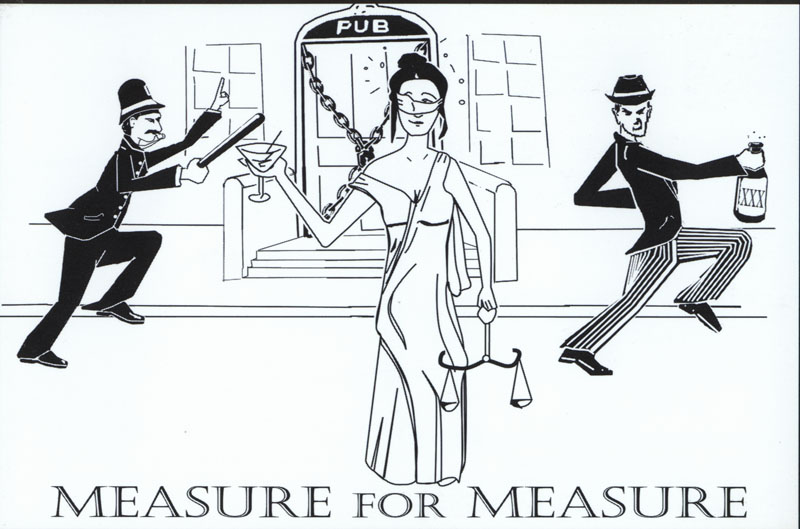 "Some rise by sin, and some by virtue fall."
Act II Scene I

Measure for Measure is largely about power and hypocrisy. The Duke of Vienna, claiming to go on a trip, gives power to Angelo, a supposedly fair and pious character. The Duke then remains in town and disguises himself to see how Angelo uses his power. The bulk of the plot is the reaction of others to Angelo's mercilessness and corruption, which is ultimately revealed by the Duke himself, who steps in to make sure everyone gets what they deserve in the end.

The web of our life is of a mingled yarn, good and ill together.
Act IV Scene III

The main theme of All's Well That Ends Well is about the similarity of war and seduction. The plot of the story is about how Helena chases down and ultimately wins Bertie who has been married to her on royal orders but runs away to avoid consumating the marriage. 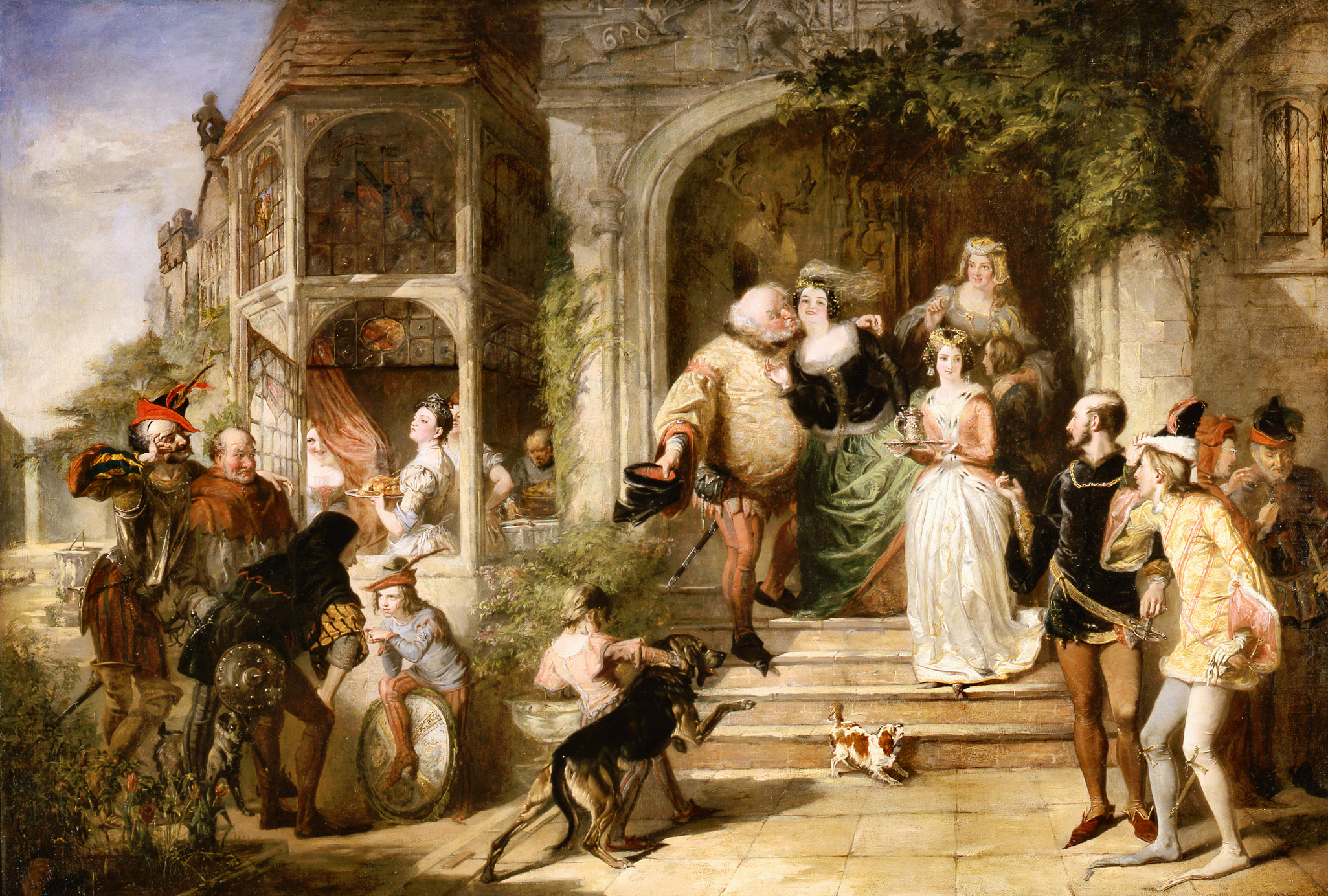 “I think the devil will not have me damned, lest the oil that's in me should set hell on fire.”
Act V Scene I

Sir John Falstaff is a comic character from Shakespeare's historical plays Henry IV part one and two. In those plays he is a companion of young Prince Hal, who is eventually repudiated when Prince Hal becomes King Henry. The Merry Wives of Windsor was written to star Falstaff at the request of Queen Elizabeth who wished to see a play where Falstaff is in love. The play is basically about Falstaff attempting to seduce some of the wives of Windsor and how they turn the tables on him.