Your guide to books, journals, databases and more on environmental justice, available at the Lloyd Sealy Library.

Also, try a “Subject begins with…” search and use the following subject headings:

You can also peruse the following call number ranges in the stacks/circulating collection in the library:

Use the CUNY+ catalog to find print, online books and other materials in John Jay's Lloyd Sealy Library. You can also search for items at other CUNY libraries.

Use the search box below for a quick keyword search, or click on the "Search CUNY+" link for more search options such as author and title searches. For sample search terms, please refer to the box on the left.

Books at the Lloyd Sealy Library

The cooperation challenge of economics and the protection of water supplies: A case study of the New York City Watershed Collaboration.
Hoffman, J. (2010).
HD1694.N7H642010 Stacks

Deceit and denial: The deadly politics of industrial pollution. Markowitz, G.E. (2002)
Examines corporate involvement in the production of toxic chemicals and the effect of these chemicals on workers and the wider public.
RA 566 .M265 2002 Stacks

The quest for environm

The environmental justice exhibit, installed in December 2013, displayed a range of titles in the field from environmental crime to food justice. For a list of the books on display, click on the exhibit handout below. 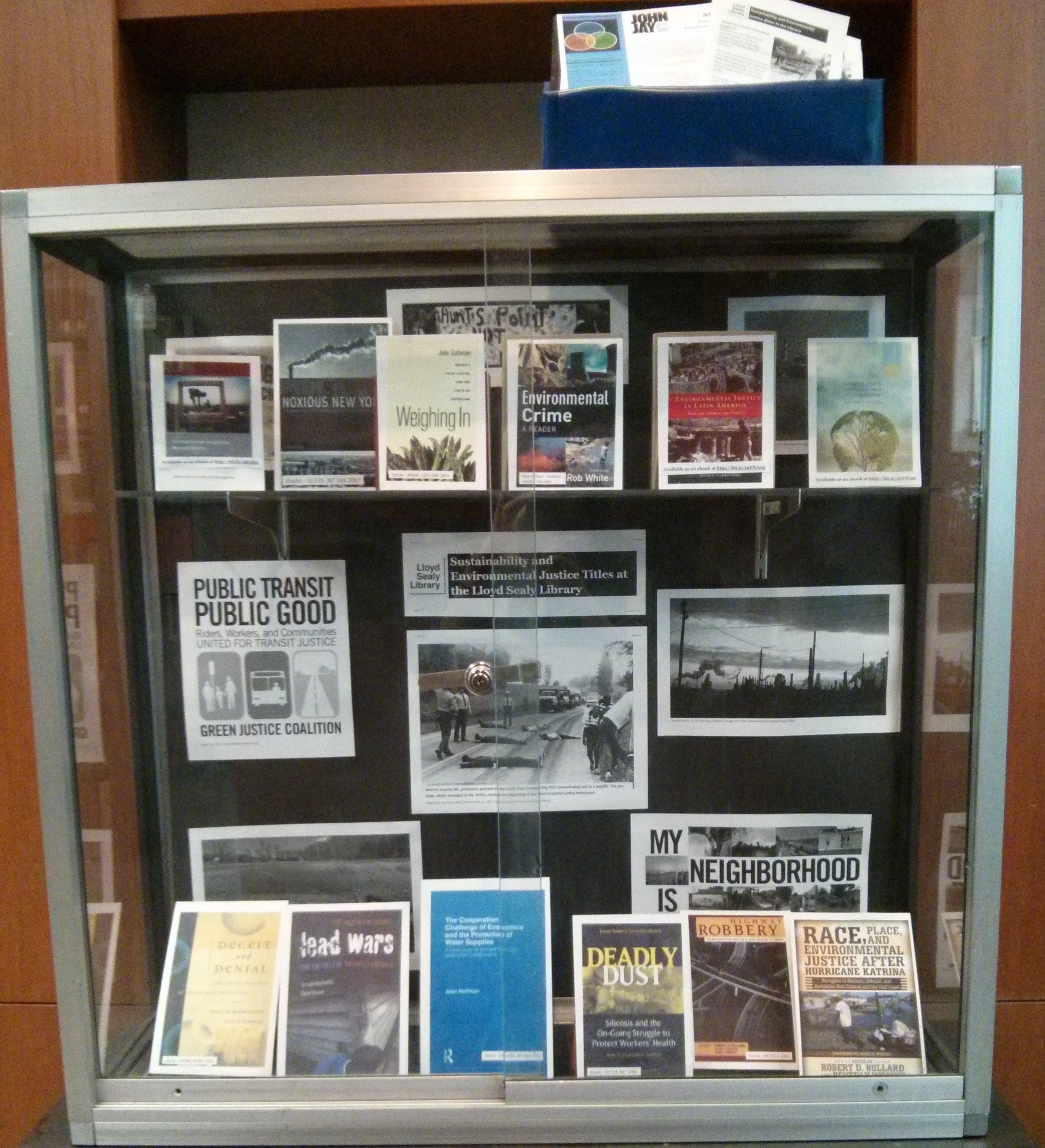